The package came Saturday morning special delivery by Fed Ex. Brandy rushed inside and excitedly opened it. She let out a squeal of joy when she discovered it was the underwater camera she’d ordered. She couldn’t wait to try it out.

In no time at all she’d changed into her skimpy, dark blue bikini. Then she went out to the garage and quickly geared up into the scuba gear she’d prepared when her camera had come in. Feeling giddy as a schoolgirl she went to the boathouse and loaded up everything up into her zodiac before heading out into the Gulf, thankful she lived so close to the sea.

As she motored out she heard that still, small voice in the back of her head telling her it was unwise to go out all alone. But she justified her decision by telling herself she wasn’t going out very far. She just wanted to get into about 20 – 30 feet of water in the bright sunshine so she could try out her camera.

She was only out about three quarters of a mile out when she came to the spot she’d already planned for her first camera session. She tossed an anchor over the side to keep her zodiac in place. Then she checked her scuba gear once more.

She was terribly excited and she couldn’t wait to get into the water. With any luck she could become a real underwater photographer! It would only be a matter of finding some models to shoot in more exotic locations!

Brandy grabbed her camera and then sat on the side of her zodiac. Then she went over backward with a splash. The sea was a bit cool today but she figured that would only help keep her alert and on her toes.

As soon as she reached the bottom she readied her camera and then snapped off a couple of quick pictures. The model she had contained an LCD display to let her know how the picture had come out. It was a rather pricey addition to her equipment but she figured it would help her know how her pictures were turning out. 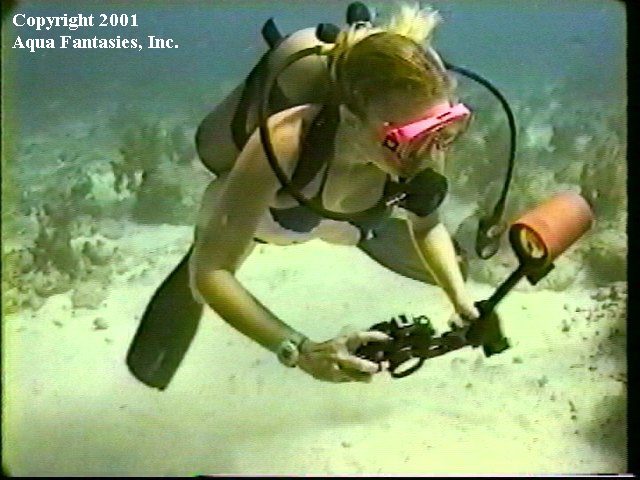 She swam around to a different location, snapping off a few more pictures. By now she wasn’t taking them so willy-nilly. She was being more selective in her shots, understanding it was pointless to take pictures of everything in sight.

Brandy knelt in front of a particularly colorful burst of underwater flora and fauna. She giddily snapped off a couple of pictures, believing she was growing more confident in her abilities. With more practice would come more discernment and she would be able to pick and choose what would make for a good photograph. 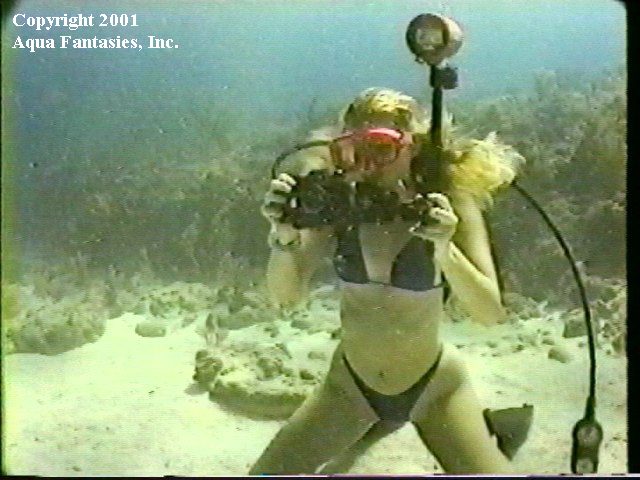 She had just snapped what she thought had proved to be an excellent find when her vision suddenly failed… as though someone had abruptly turned out the lights. It was horribly disorienting and she screamed in horror. When her vision returned she dropped her camera and began to freak out. 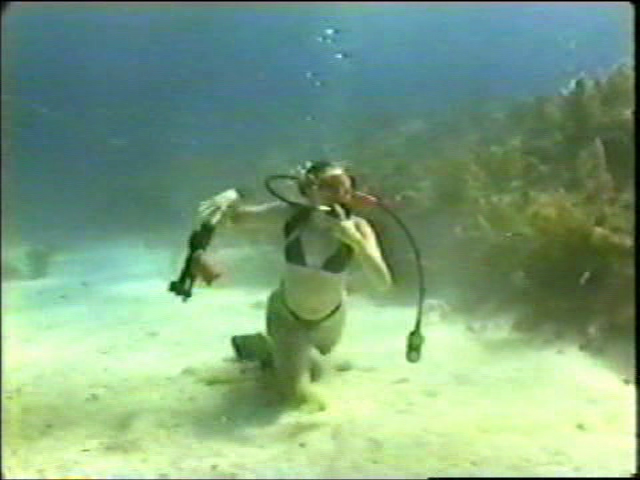 She grabbed her dive mask and regulator, blindly swimming around with fright. Something was wrong; something terrible must have happened! She had no idea what it could possibly be and she was terrified as she breathed heavily from her air supply. 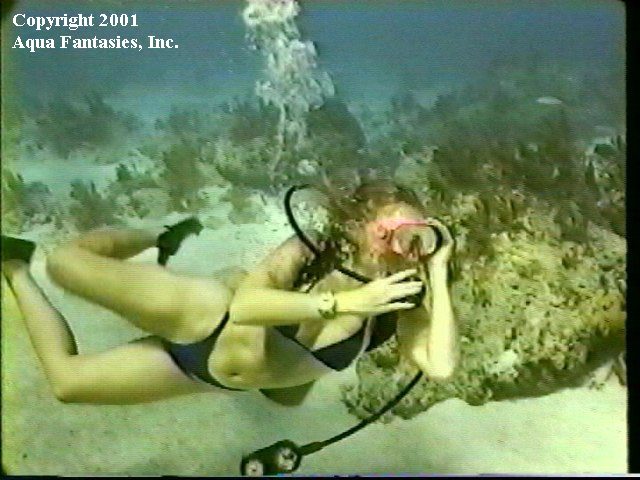 She suddenly became disoriented again; was something wrong with her mixture? Her surroundings suddenly seemed alien to her and she felt chilled to the bone! She knelt on the sandy bottom, grabbing her head and screaming in fear as she exhaled heavily. 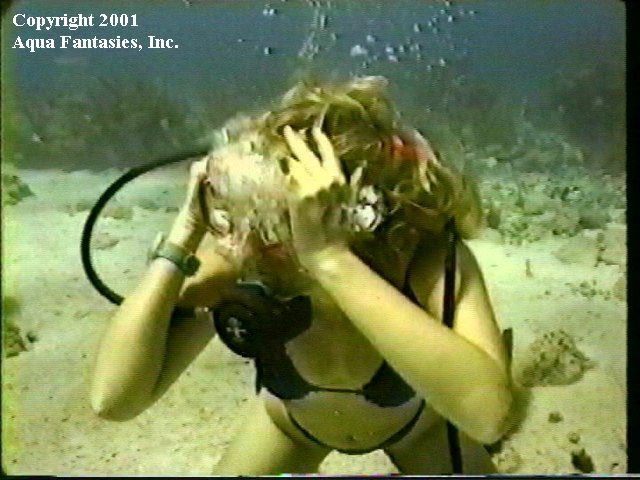 She began to get weak and dizzy and she grunted as she collapsed onto her back. A moment later she passed out! Brandy lay on her scuba tank on the seabed although her body continued to breathe normally from the regulator in her mouth. 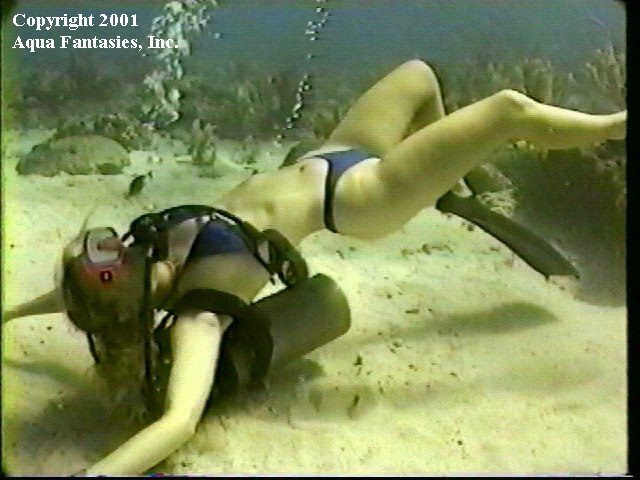 As she lay there unconscious her legs began to drift upward, the weight of the tank keeping her down at the shoulders. Fortunately the reg stayed in her mouth and she continued to inhale and exhale. Her body soon found itself at an awkward angle, her scuba tank threatening to slip off her shoulders. 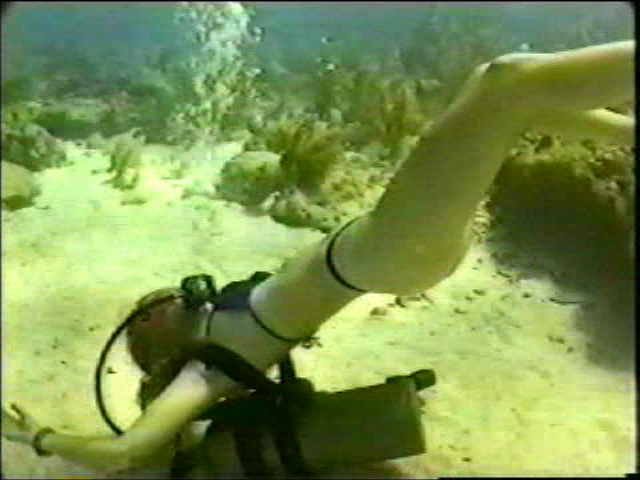 Her muscles began to twitch as her arms came up beside her. Her right arm somehow got inside the lope of the hose to her regulator. A moment later her arm jerked again, hitting the hose and popping the regulator out of her mouth. 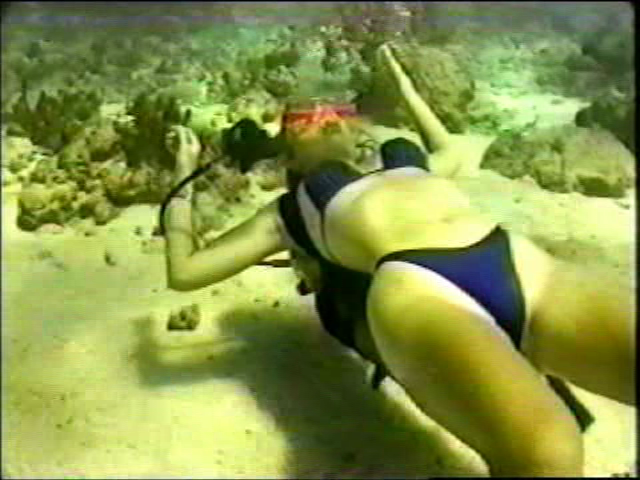 She exhaled some of the breath in her lungs. Then her body reflexively inhaled. Brandy sat up with a start, gurgling in horror as her face twisted into a grimace of agony, her mouth open in a horrified scream. 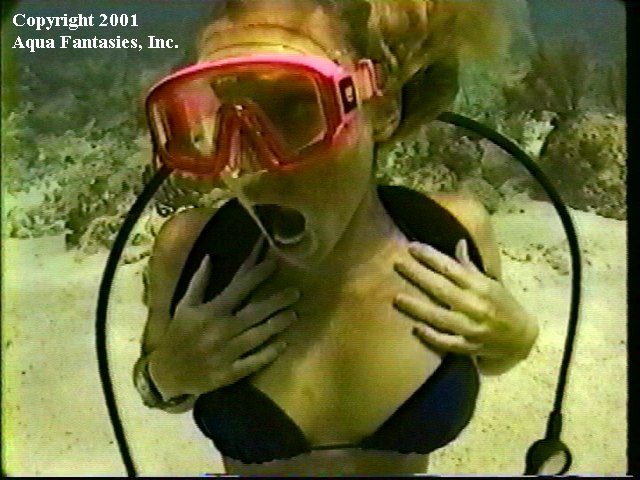 Almost immediately she began to convulse painfully, her stomach contracting as seawater flooded her fragile lungs. She coughed and gurgled, trying to cry out in alarm as her contractions doubled her over. Her body reacted violently to the invasion of fluid and she screamed air and water out of her lungs. 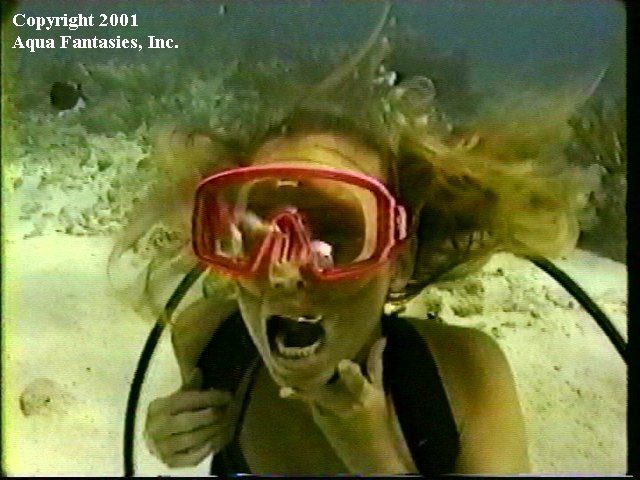 Brandy collapsed onto the sandy bottom, doubling over in pain. She was drowning; gawd, she was really drowning!! She had no idea it could hurt as bad as it did! 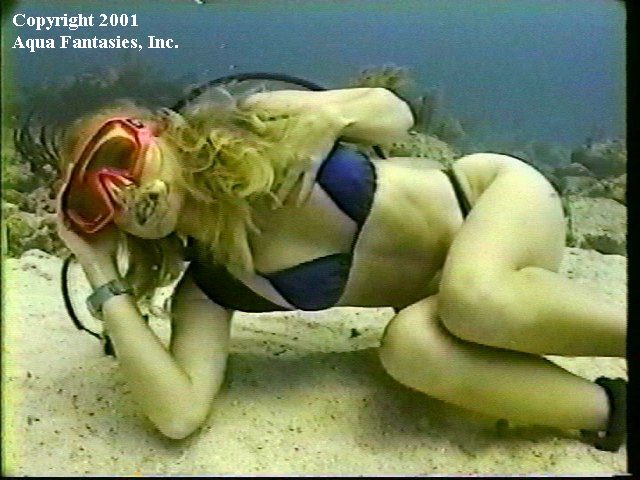 She wanted to be over; gawd, how she wanted it to be over! But she was still alive! She had no idea she was processing just enough oxygen out of the saltwater to keep her conscious for a few more agonizing moments. Brandy floated just off the seabed, staring up in disbelief at the surface she would never reach! 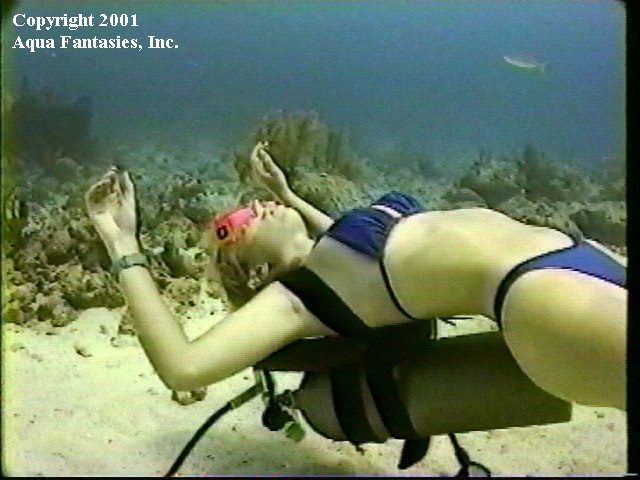 Her body continued to spasm and convulse, forcing out what was left of the air in her lungs. All she could do was stare in horror as her mouth gaped open. The agonizing end came much too late for her peace of mind as she finally faded away into merciful oblivion. But even in death her muscles continued to twitch and spasm a few moments longer… as though the gods of the sea were making doubly certain there would be no oxygen of any kind left in her body… 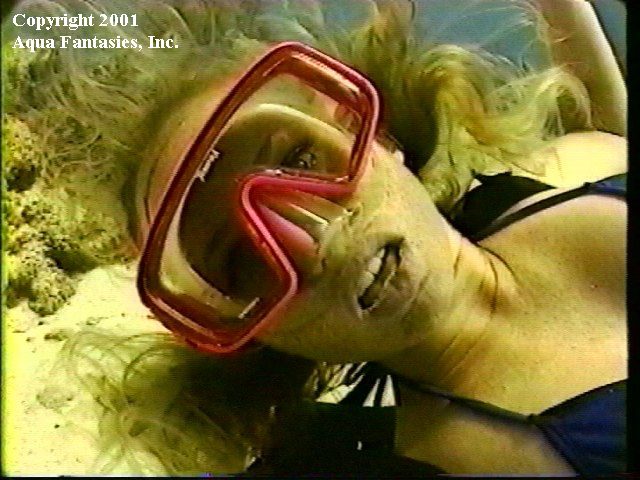 (Pictures are from Aqua fantasies Mermaids in Peril Vol. 6 and are for illustration purposes only.)