Karma is Famous at the End

Note: Another bonus story for the holiday season.

Every now and then I get a call from Robert or Cynthia Packwood at Famous at the End, wanting to know if I have any promising young talent to present on their show. Sometimes I have someone who goes willingly. But sometimes I like to surprise it on someone.

Take Karma for instance. She’s a cute little Asian I like to inflict some water torture upon whenever I’m feeling particularly sadistic. Cynthia’s call couldn’t have come at a better time. I told them I would have footage for them to edit at the end of the day for tomorrow’s show.

I took Karma naked out to the pool and hooked her all up. I gave her a set of weighted footwear so she wasn’t about to go anywhere. That meant she wouldn’t be able to walk away from me or break free.

I hooked her up to a pulley system in the water. That meant I’d be able to submerge her any time I felt like it. I just love submerging my girls and making them hold their breath. 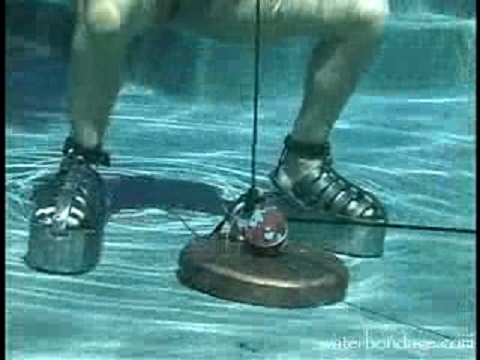 I finished making sure I had Karma all hooked up. The collar around her neck had a ring I could hook a cable to. That meant she would be pulled under any time I was so inclined. Or she would be allowed to breathe whenever I felt merciful, which isn’t that often.

A nice tug on the cable and under she went. I had my cameras taking footage above and below the water. After all, I wanted to make sure Bob and Cindy got all the footage they needed, with all the angles necessary to put on a good drowning show. 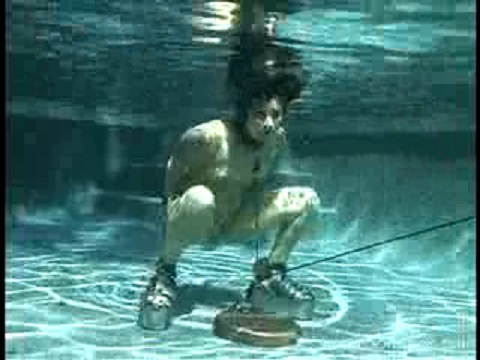 Whenever one of my bitches is in the pool I like to dress up for the occasion. That means dive mask, snorkel and a strap-on for the “hands on” approach. I love giving that personal touch to my girls as I love giving pleasure to go with the pain I dish out. 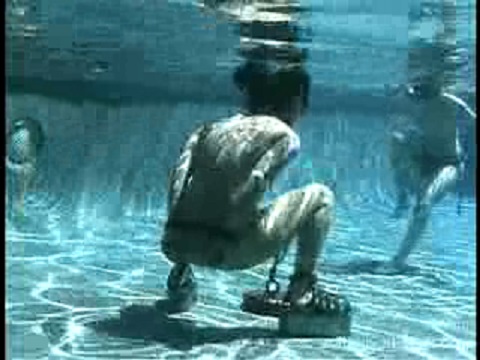 I’m not totally heartless. They’re allowed to get a breath or two up at the surface. But I don’t usually give them that long out of the water. After all, it’s the show that’s important. And suffering is a part of being Famous at the End. Otherwise, what would be the point? 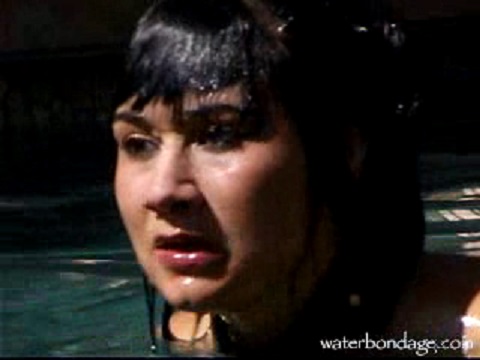 Anyway, a couple of quick breaths and back down she went. I love to watch them struggle to hold their breath. They don’t always know when I’m going to grant them the next one. That’s what makes it such a turn-on. 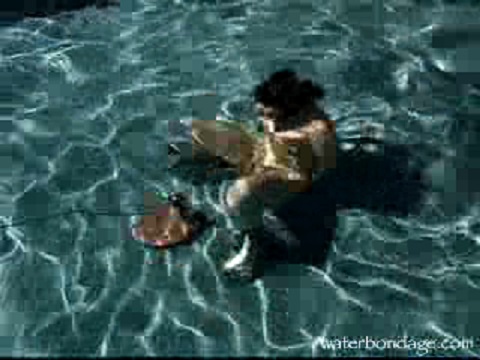 They usually know what’s coming, and Karma was no exception. She knew better than to resist me. So she held her breath like a good girl, never knowing when she would be allowed back up to get another.

Now Karma is a bit of a pain-slut. And I wanted to do something special for Bob and Cindy’s show. So I swam over to her where I attached a couple of clamps to her nipples, just to give her the proper incentive to be a good girl. I made her hold her breath the entire time. 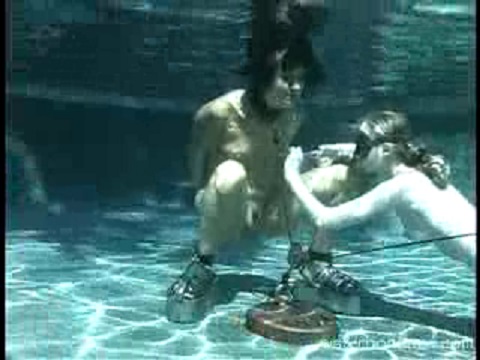 Once they were attached I kept her submerged, just to make sure she got used to her torment. You can tell in this shot that she kind of liked it. Of course that all changed in the end. But to begin with she was the proper little breath-holding pain-slut.

Pain-sluts can’t hold their breath forever. So I allowed her a quick one. I love the way they frantically gasp for breath as I love torturing their lungs. I love the look on their faces too. 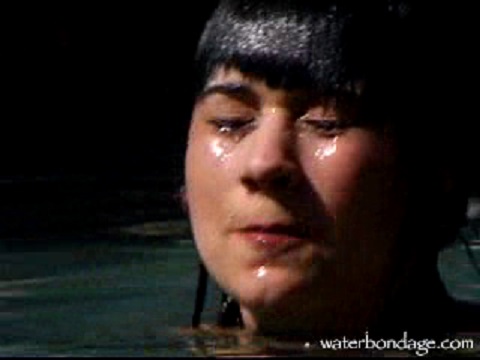 A very short breath and back down she went. She was doing a good job for me. I knew Bob and Cindy were going to enjoy the show. But I had to give them more. 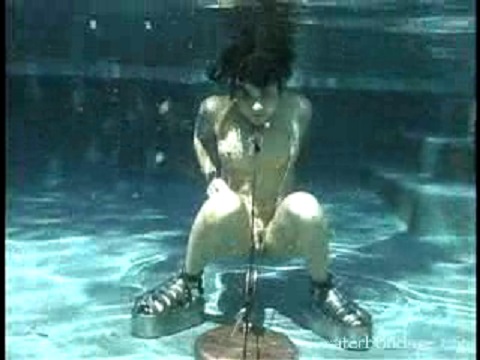 I let her up for another quick breath. Make it a good one, sweetie, because you won’t be at the surface all that long. Their loud gasps for breath are like music to my ears.

I pulled on the cable and back down she went. Then I left the line in charge of one of my assistants as I swam underwater to meet her. Now it was time to give her that personal touch I was telling you about.

You think it’s hard holding your breath underwater with clamps on your nipples? Try holding it when you’re being fucked with a strap-on. It adds an additional element of sexual excitement to those who are suffering. As I said before: I love to mix pleasure with pain. 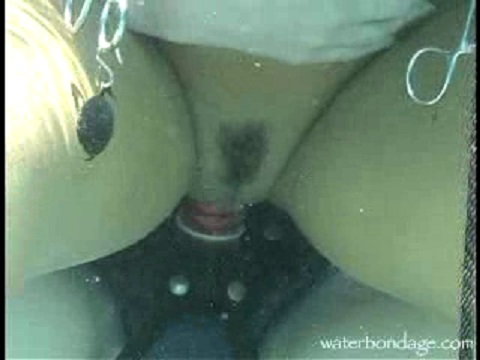 Karma’s a smart girl. Right away she knew what she was in for. I was looking forward to drowning her. But first I wanted to enjoy fucking the shit out of her.

I shed my mask and goggles to focus on the task at hand. I wanted Bob and Cindy to get good footage. After all, this was going to be broadcast in a great time slot for all those sadists and masochists watching out there. 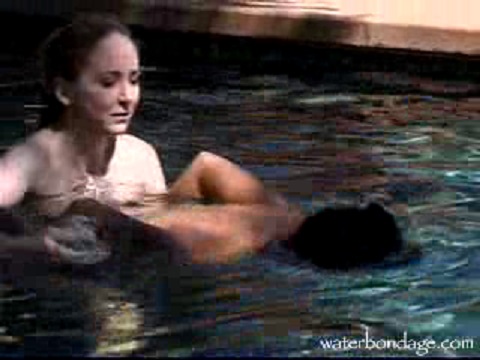 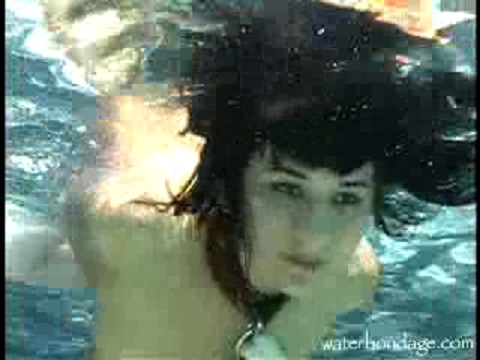 It’s never easy with me. I make them hold their breath for a really long time. And I like to force their heads down. It gives me that feeling of power by being in charge of pleasure and pain… life and death.

After a while they always cry out whenever I’m giving it to them good and hard. I’m always rewarded with a nice eruption of bubbles. It’s even better when there’s no breath in their lungs as they give me a silent scream. 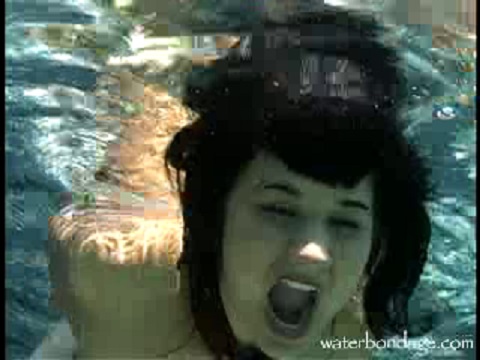 Karma was being a good little bitch as I fucked the shit out of her. The poor thing ran out of air so I had to pull her back up. I didn’t want her to drown right away as I kept on fucking her.

After a while it was time to pull those clamps off underwater. And pull them off I did. She winced and cried out as I pulled off one and then the other. Her pain gave me such exquisite pleasure.

Then it was back to fucking… and boy, did I give it to her good! Bob later told me how much it looked like she was suffering both pleasure and pain underwater. I was so glad they called me so I could put Karma through her paces. 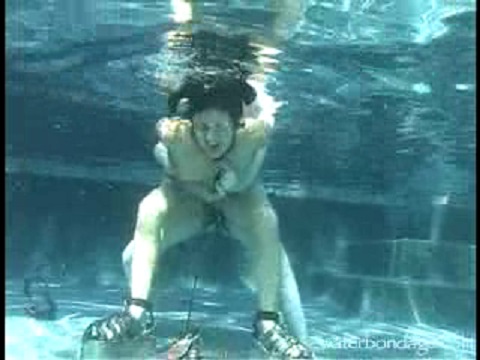 Up for a quick breath and then back down she went. I grabbed the ring on her collar and pulled her under. She cried out as I gave her a brutal pounding. I thought about taking her ass, but for some reason I was in a good mood that day.

I jerked her head up out of the water, enjoying the last gasps of air she would ever give me. She coughed and sputtered, but I didn’t let her stay at the surface very long. She had to drown for Famous at the End and I didn’t want to keep her waiting.

I kept her down as I fucked her with my strap-on until she began to shudder. I could tell her lungs were heaving by the way the bubbles were coming up. Then she cried out in orgasm. That’s when I knew she was experiencing a really good one. 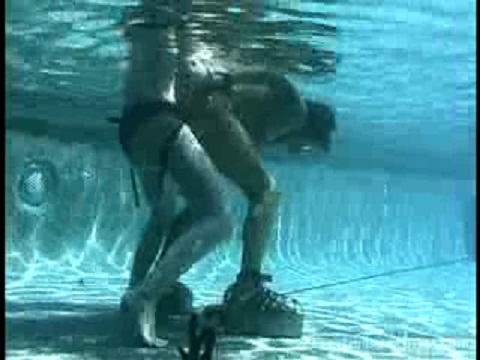 She panicked, wanting back up for another breath. I just groped her tits as she began coughing and gurgling. I even had to hold on extra tight. But I made sure I didn’t stop thrusting that strap-on deep inside her.

She went into convulsions as I fucked her good and hard. But I’m pretty sure she orgasmed one last time as she spiraled away into oblivion. Then I was fucking a corpse as her naked body hitched and trembled.

Her mouth gaped open as her lifeless eyes gazed down at the pool floor. I was sure Karma would be a winner for Bob and Cindy. And as it turned out, I was right. 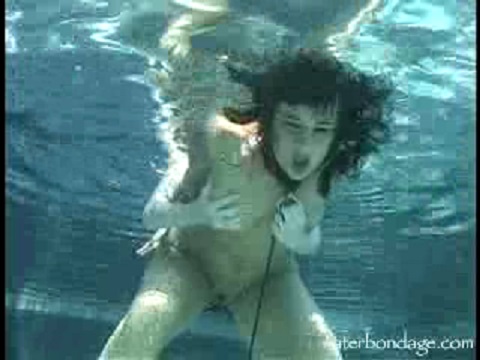 (vidcaps are from a Waterbondage clip and are used for illustration purposes.)

2 Responses to Karma is Famous at the End