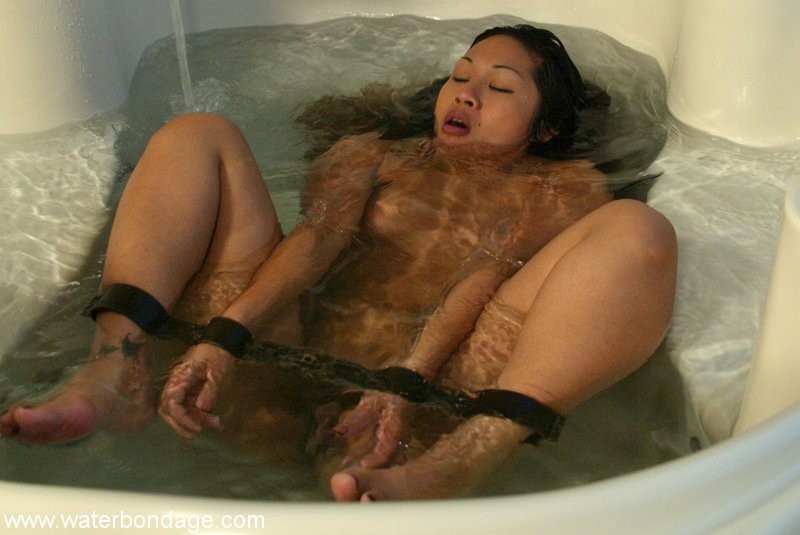 Emma struggled like crazy to keep her head above water. But the Jacuzzi continued to fill, causing her to keep slipping under. She submerged and struggled to get her head back up, sputtering as she snorted water out of her nose.

Gawd! Where the hell was that damned Chanta? Was that bitch actually going to let her drown??

Emma whimpered before losing her position. She slipped deeper, thrashing and rocking like mad as she fought to get her head back above the surface. She managed to wriggle her way up, only to realize the water was higher. Now she could barely keep her head up.

She slipped under again, her feet wriggling like crazy. Her toes curled as she struggled to wriggle and rock her way back up. Clearing the surface, she gasped for breath, only to slip back under again in a flurry of bubbles.

Was it getting harder to stay up? Was it because the water level was getting dangerously high? Did it really matter? Now she was barely managing to get her head back up.

Once more Emma tried to cry out, desperately hoping Chanta was in the room keeping a watchful eye on her. The bitch was probably observing her from somewhere nearby, no doubt getting off watching her slip under the surface. Couldn’t she see how hard it was for her to keep her head above water??

She gurgled as she slipped under again. Emma wriggled like crazy, desperate to get her head back up above the surface. She popped up, gasped anxiously for breath, and then slipped right back under.

Emma held her breath, desperately trying to regain her strength enough for another try at getting her head above the surface. Looking up, she saw the water level above her. It almost sent her into a panic.

She wriggled and squirmed, straining to get her head above water. The closest she came was breaking the surface with her forehead. She strained, but she couldn’t even get her nose above water.

Emma’s heart leaped into her throat as a wave of panic swept through her. A moment later she thrashed about like mad in a frantic effort to break the surface. She only succeeded in sloshing water around in the Jacuzzi.

Her lungs heaved, wanting another breath of air. She strained with all her might, losing bubbles out of her mouth and nose. But she couldn’t quite get there.

Emma felt panic rise up in her throat. She tried once more to get her head up. But the water was just too high.

The bar securing her wrists and ankles kept her in an awkward position. She rocked back and forth, struggling to get her head above water. Now it seemed like she was slipping into a dangerous angle that prevented her from rising upward.

Her mind cried out as her cheeks bulged. Emma struggled to hold her breath, hoping like hell Mistress Chanta was somewhere nearby keeping a close eye on her. Then her lungs gave out.

Emma lost a massive burst of bubbles. A moment later the buildup down between her legs erupted in a fireball of orgasmic discharge. That’s when she began humping against the water, her toes curling as she screamed her air away.

The last of her breath spewed from her mouth and nose. Now her chest was on fire. If Chanta didn’t get her ass over to her soon, she was going to drown in a matter of seconds! She could feel the anxiety swelling inside her toward a second orgasmic detonation that would overcome her the moment she started swallowing water…

Emma in chains – a picture short

Emma could only lay there wondering how she’d allowed herself to get caught. Now she was chained and was about to be dumped into the tank. Unfortunately there was no one here she considered a friend… no one who would show her mercy. 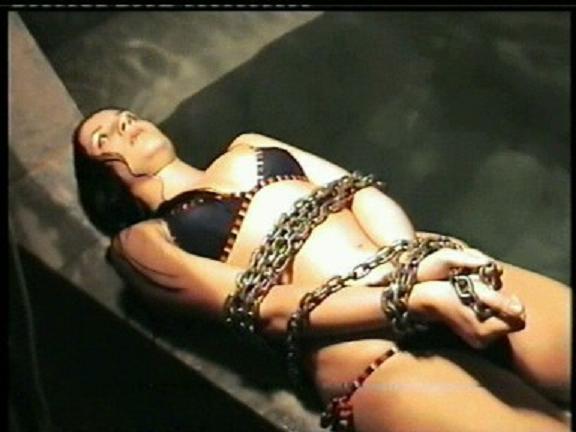 It was the bitch who came down to dispose of her. “Sorry I can’t stay and play,” she cackled. “Besides, it’s better it ends this way.” Then with a burst of laughter she was rolled over into the pit.

Emma burbled anxiously, struggling with the chains as she came to rest sitting on her ass. She felt a surge of panic as she fought to free herself. Could she hold her breath long enough to get loose? 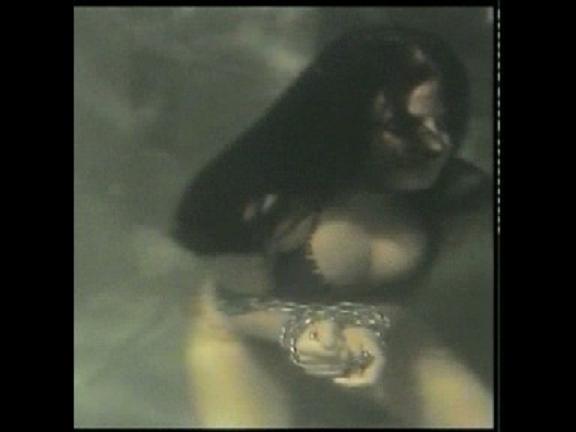 Emma struggled like mad as she attempted to free herself. But the chains were too heavy, making it difficult getting to her feet. Her lungs began to burn, a warning she would not be able to stay underwater indefinitely. 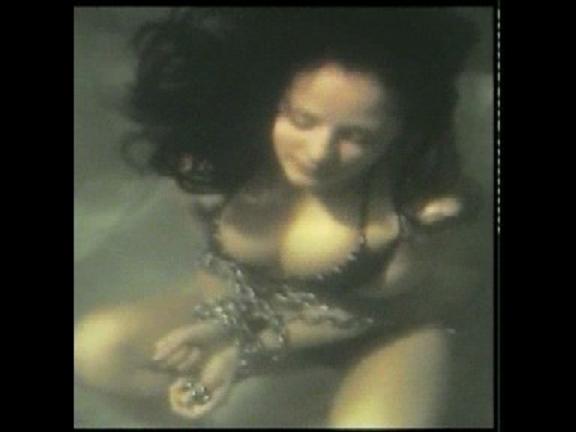 “FUCK!” she burbled as she struggled like mad. But she simply could not shake the chains from her body. Then her lungs began to heave, indicating her time was short. That’s when she began to thrash about as panic set in. 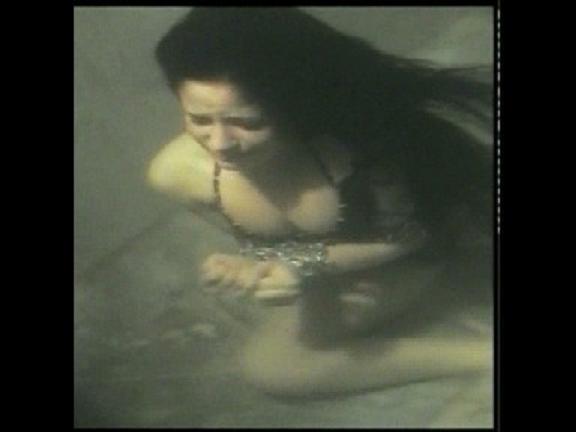 Her lungs screamed at her until her mouth opened and air burst out past her lips. Emma convulsed painfully as she gulped water into her stomach and down her windpipe. She grunted and gurgled, straining for the surface she would never be able to reach on her own. 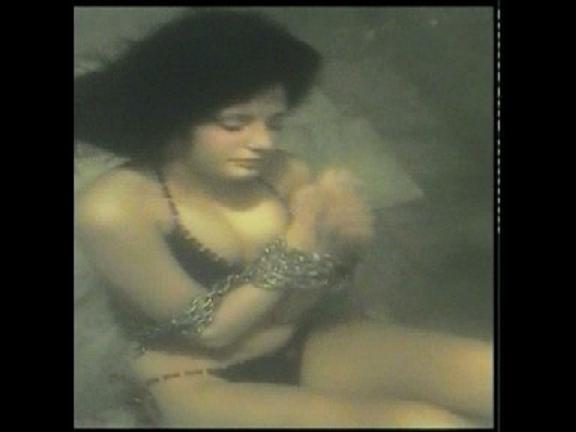 Air bubbles dribbled out of her spasming body until she rolled over onto her side, coming to rest on a section of the marble floor in the pit. She shuddered again, a wave of erotica forced out of her body in a quivering orgasm. Then the life winked out of her eyes. 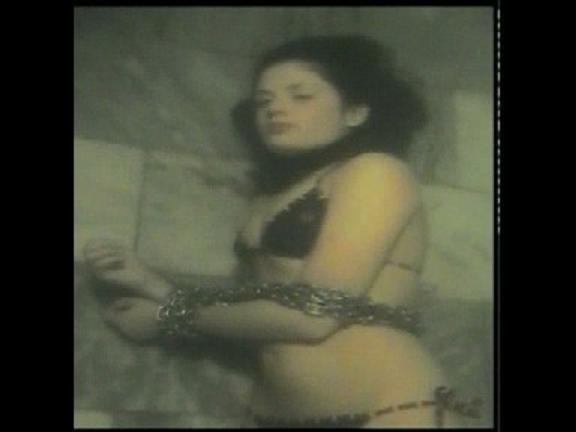 (Pictures are from Russian Girls Amateur Videos “Janna UW” and are for illustration purposes only.)