Dottie and the Flamethrower

Dottie awakened with no knowledge of how she’d gotten there. All she knew was that she was in a cold metal room and she was completely naked. 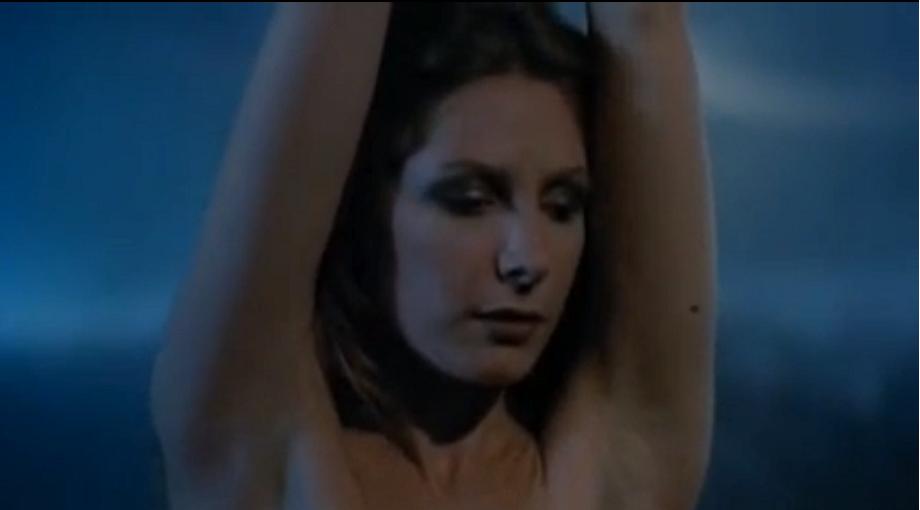 Her arms were stretched above her head as she looked up at her situation. Her wrists were attached to some sort of chain that came down from the ceiling. She couldn’t understand why they were keeping her like this. 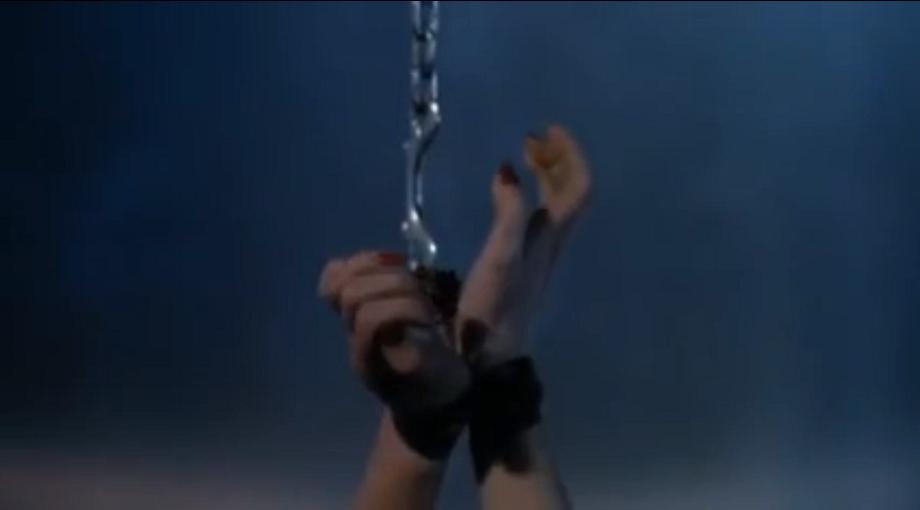 Down below, she saw that her feet were chained as well. Someone wanted her chained, naked and helpless in here. Dottie felt a shiver of dread ripple through her body. What was going to happen to her?? 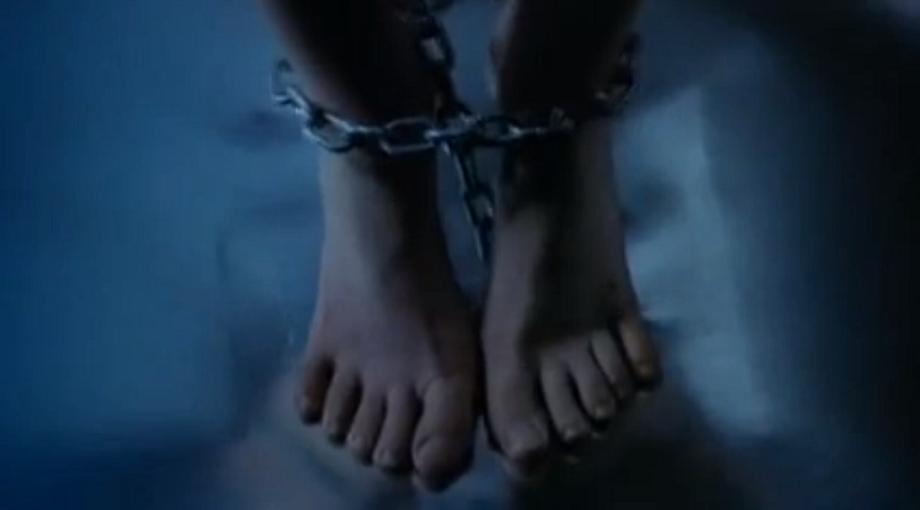 She looked up and anxiously tugged on the chains above her. They rattled but did not shake free. This did not bode well and she felt a surge of panic swell within her. 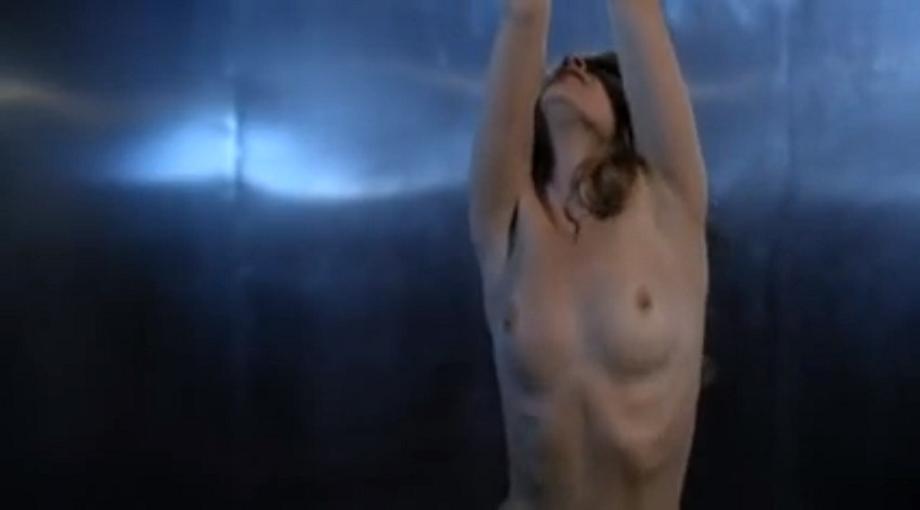 She looked all around, but the room seemed empty. There was a door but nothing else. “HEY; I’M IN HERE!” she hollered out. “SOMEBODY?? ANYBODY??” 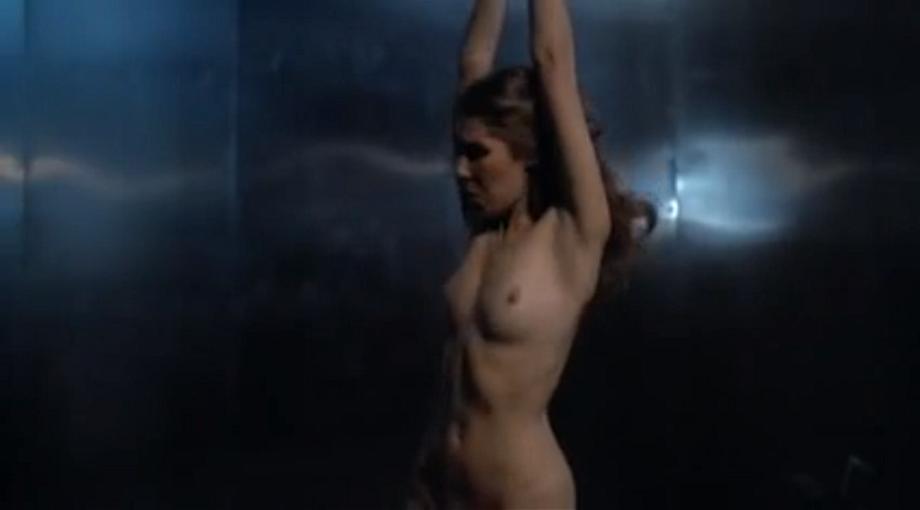 The door suddenly opened and someone walked in. Dottie couldn’t tell if it was male or female. They were in some sort of hazmat suit.

“Please; you’ve got to help me,” she called out. But the person inside appeared unsympathetic. Couldn’t they even hear her?? 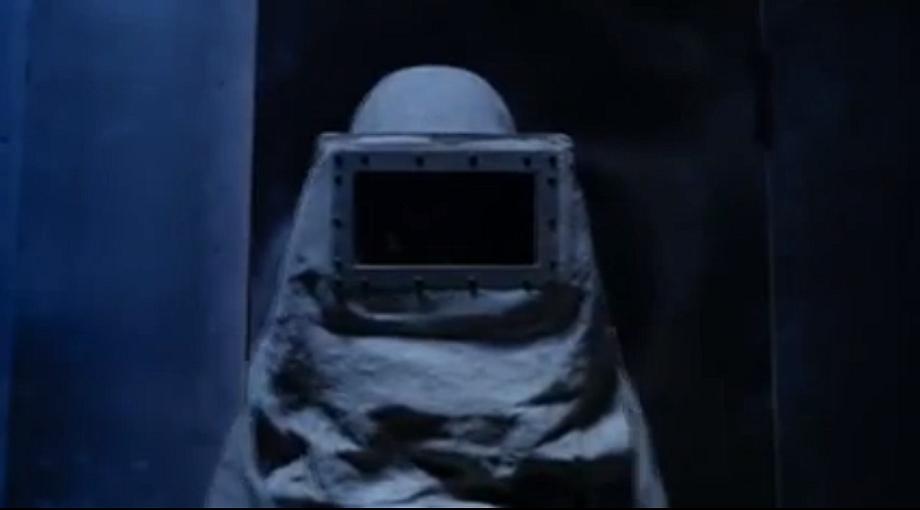 She watched the individual walk over to a gas can she had not noticed before. The can was picked up and brought over to her. Then to her utter horror the contents were poured all over her. 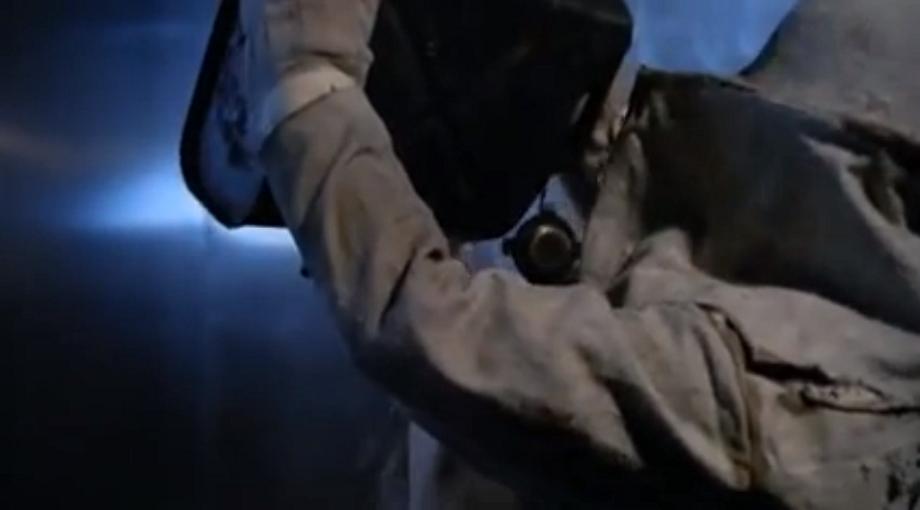 Dottie screamed in terror as the aroma of petrol filled the room. The bloody individual had actually poured gasoline all over her! What the hell was going on? Why were they doing this to her?? 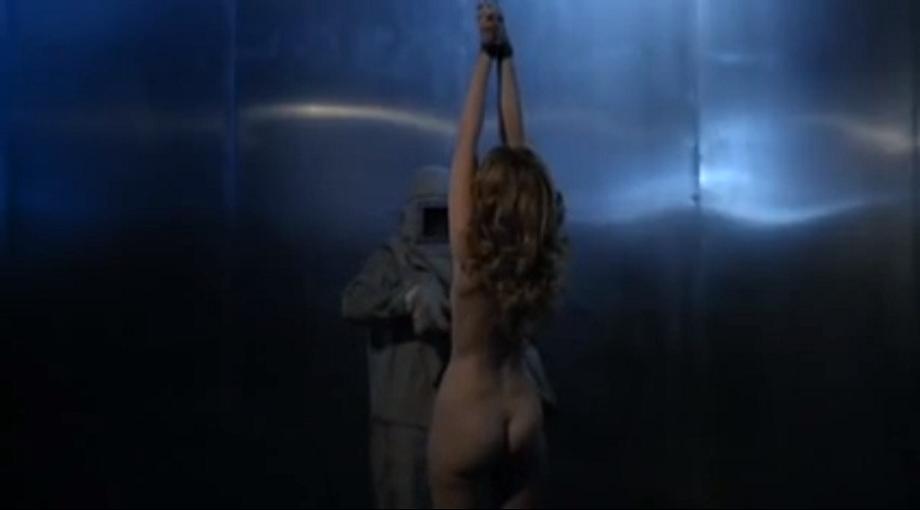 Something about this whole thing seemed terribly familiar, although she couldn’t quite place it. “Please!” she begged, whimpering pitifully. “Please let me go!” There was no response.

She watched in alarm as he strapped a big canister upon his back, one he had brought in with him. She didn’t know why, but she strongly suspected it was a male underneath that outfit. To her utter horror he lifted up the end of a metal pole and pointed it right at her. 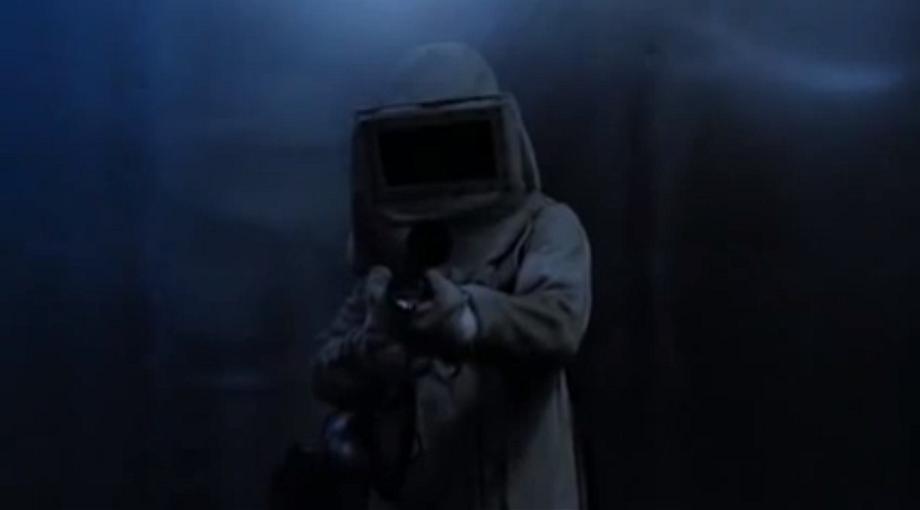 “No; WAIT!” she cried out, sensing something very bad was about to happen. A moment later fire lashed out from the end of the metal rod toward her. Dottie shrieked in terror as it blasted against her chest. 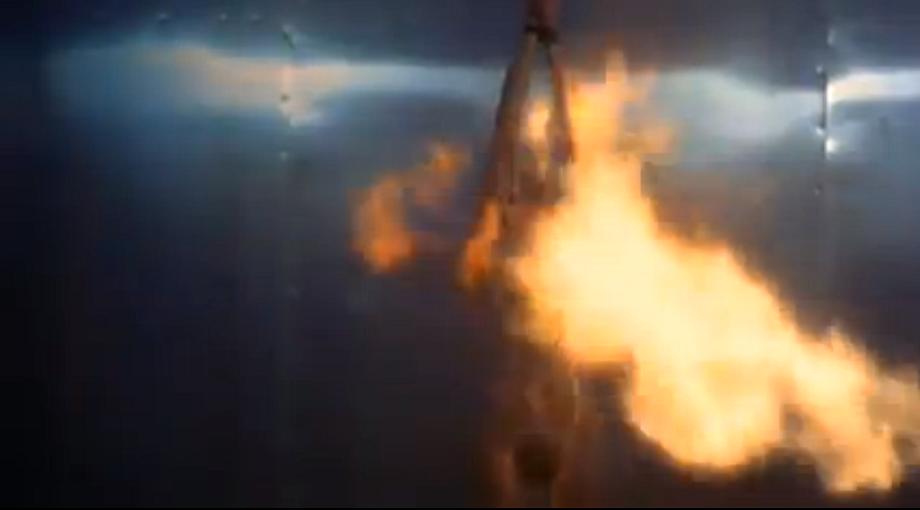 She screamed in agony as her body was engulfed by the flames. For a moment the flamethrower was turned off as though he wanted to see the results of his efforts. But he needn’t have worried. Her body was completely engulfed, burning from the petrol he had covered her with. 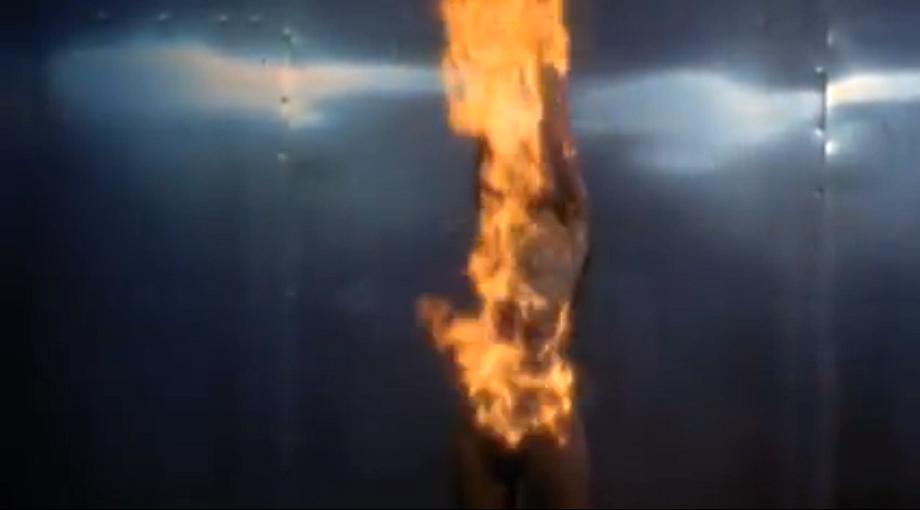 Dottie shrieked in mortal agony as her flesh crackled and began to burn. Then she was aware of him pointing the flamethrower at her again. More fire leapt out in her direction. 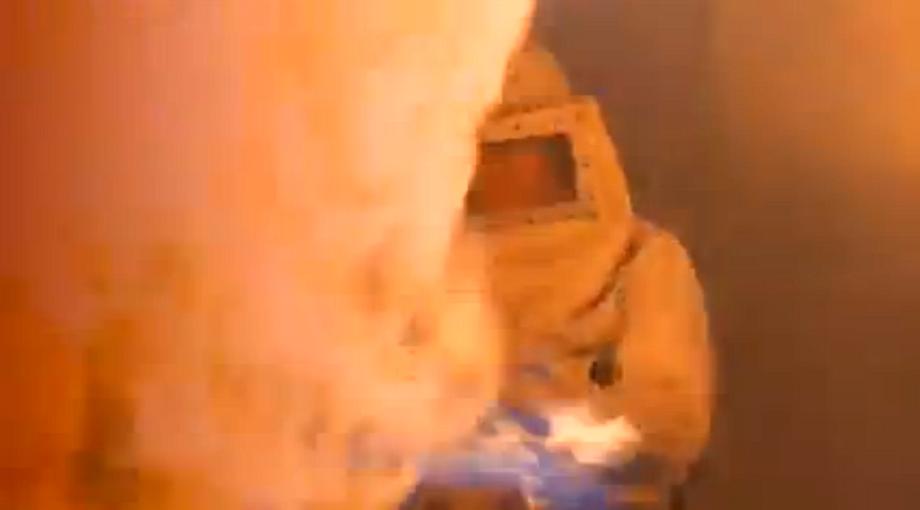 She tried to scream but couldn’t get any air through her vocal chords. She struggled against her bonds, but she couldn’t get free. The chains kept her in place as fire hungrily consumed her naked flesh until he turned off the flamethrower. It was no longer necessary since her body continued to burn hotly from the addition of the petrol. 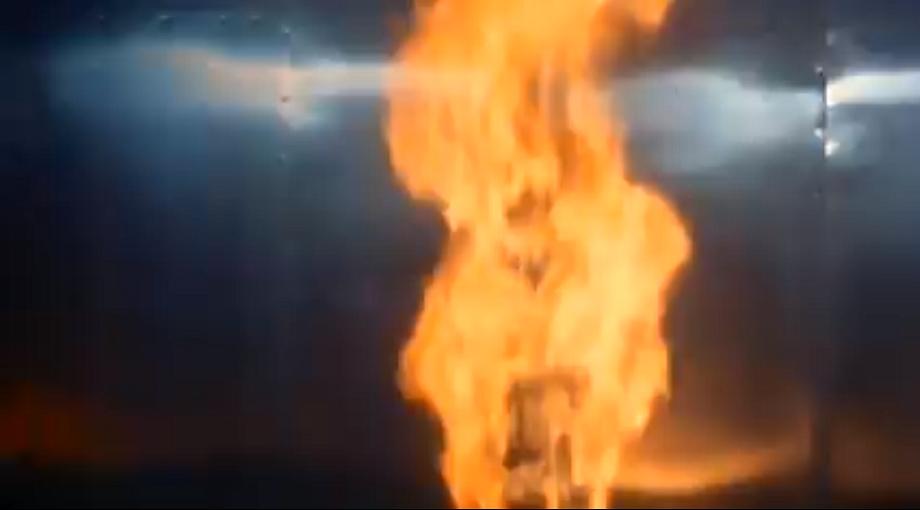 Dottie writhed and squirmed but there was no escape. She tried to scream, only to breathe in the flames. Fire rushed down her throat, searing her lungs. She could actually feel her flesh melting off her bones. 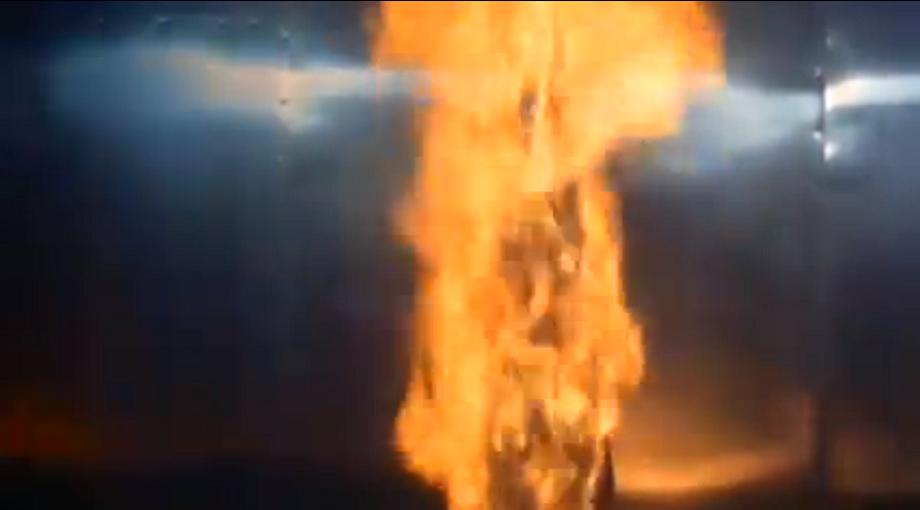 She pulled against the chains above that bound her hands toward the ceiling. It proved to be a futile gesture. The metal burned into her wrists from the excessive heat as the flames hungrily devoured her outstretched arms. 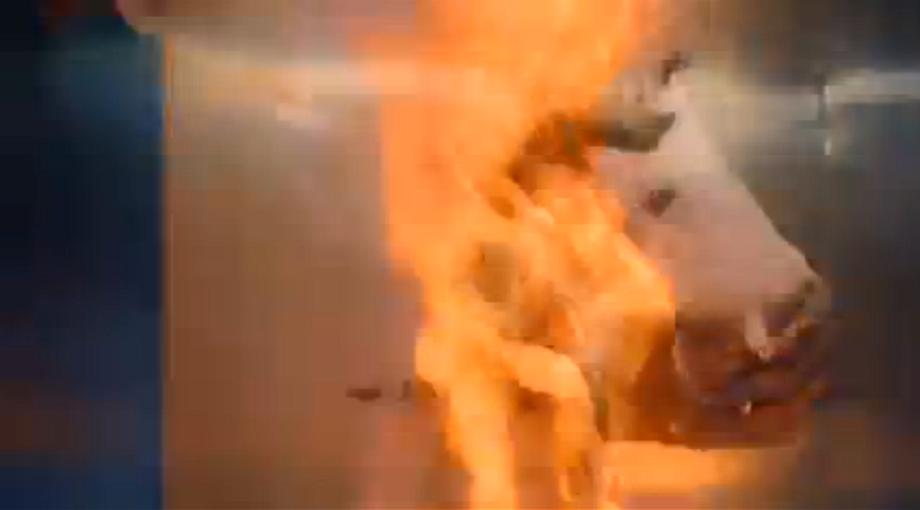 Dottie slumped as her murderer watched dispassionately. Her body writhed in agony as though she had been dipped into the very fires of hell itself. She did not see the look in his eyes, nor did she ever discover the reason for his burning her. 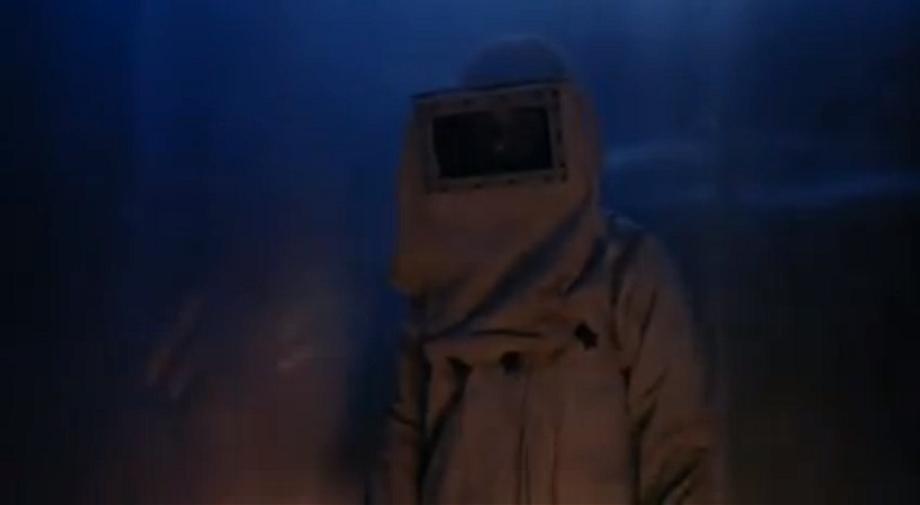 The only sound remaining was the crackling of the flames. Her body sagged further, blackening as she continued to burn. It had been an utterly agonizing death… 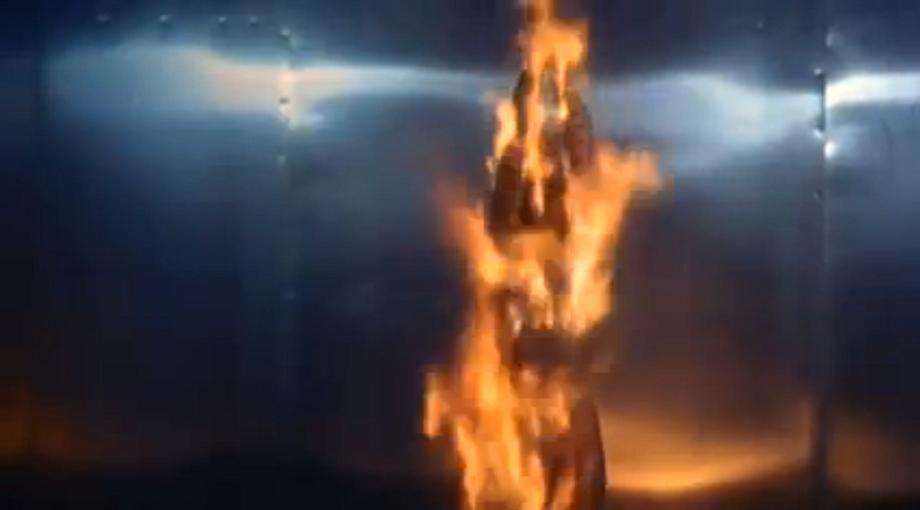 She panted heavily as she tried to get her breath back. She felt dazed and weak all over. “Bloody hell!” she blurted out. “I have GOT to stop watching those movies with those burning scenes before bedtime.” Then she groggily made her way to her feet before stumbling into the bathroom to clean herself up…

(Inspired by a scene from the movie “Don’t Go In The House (1980). Vidcaps are from said movie and are used for illustration purposes only.)

This entry was posted in Picture Stories. Bookmark the permalink.