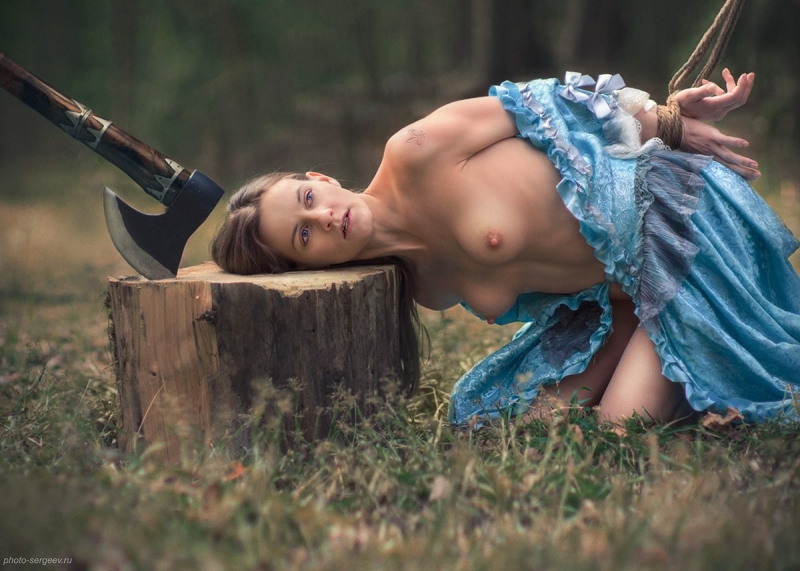 Hedda found his vehicle parked up the unpaved trail. She pulled behind it and got out. “Jonathan?” But there was no response.

She looked inside, but he did not appear to be waiting for her in his vehicle. He must have gone on ahead. Hedda did not mind.

He’d messaged her with important news. She believed he’d finally made the decision to divorce his wife Lorissa so they could be married. That had to be the special news he was going to tell her.

She walked down the path, but she did not see him anywhere. Then she heard a sound from somewhere in the woods. “Jonathan?” Then she set off in that direction.

She could not be any happier. She was proud of his decision to finally get out from under the thumb of his bullying bitch of a wife. They’d fallen in love and now they could marry without her interference.

“Jonathan?” Then she thought she heard something up ahead. She quickened her pace.

She was so excited. All those days and nights of meeting discreetly were now over. She would no longer have to hide their relationship. That bitch Lorissa could just eat her heart out. She didn’t deserve him anyway.

She heard the crackling of twigs off to her right. “Jonathan?” Then she headed off in that direction.

What was he doing? Why wasn’t he answering? Was he refraining from calling out because he was preparing something special?

She heard a loud thump. So she turned and headed off in that direction. Surely he was close now.

“Jonathan? I’m here! I received your text, darling! Why won’t you show yourself?”

She emerged in a small clearing surrounded by trees. She could see the edge of a ravine several yards away. But there was still no sign of her beloved.

An object in the middle of the clearing caught her eye. She approached what looked like the stump of a tree trunk sticking up out of the ground. It was a large block, having been placed there by human hands. An axe was sticking out of the top.

“Jonathan?” She looked all around, but he did not present himself. Her excitement bled away, only to be replaced with confusion as well as a growing unease.

She heard movement and turned to look. A burly man was approaching. She did not recognize him.

She took a nervous step backward. Then she turned to rush off in the opposite direction. That’s when she saw another male coming at her.

She looked at them both. Their appearance was striking. She looked at one and then the other, concluding they could easily pass for brothers.

“About time you got here, slut. My brothers and I have been waiting for thirty minutes!”

She turned to see Lorissa approaching from yet another direction. The bitch had a grim expression on her face. Hedda instantly suspected trouble.

Where was Jonathan? Why wasn’t he here? What was going on?

She suddenly felt icy fear grip her heart. That bitch hadn’t done something to her Jonathan, had she? She suddenly began to fear for his welfare.

The three family members converged on her position. Hedda was tempted to run. But the dress she was wearing was not conducive for a mad dash back to her vehicle.

“Where’s Jonathan? What have you done to him?”

“He’s home where he belongs,” Lorissa declared angrily as they walked up to her. That’s when one of the brothers grabbed her arms. She let out a yelp as they were pulled roughly behind her back.

“What’s this all about? What are you doing here?”

“You can’t stop us from seeing each other!” Hedda declared proudly. “We’re in love!”

“I think you’re missing the point, you stupid bitch. I mean ‘you’re never going to see my husband again’.”

She let out a yelp as the one brother finished tying her arms tightly behind her back. Then he started to undress. Hedda let out a cry of alarm when the other brother started removing his clothes as well.

“Wait! What are you doing?”

“I promised them they could have their way with you.”

“You what?? You PROMISED THEM?? You BITCH! Over my dead body!”

“I did not specify whether you would be living or not.” Then she angrily pulled Hedda’s dress down off her shoulders, ripping it open and exposing her tits.

“You bitch! You can’t treat me like this! Jonathan will find out!”

“He will never know. After this day you will simply disappear out of his life forever.”

“You can’t stop me from seeing him!”

Lorissa angrily pushed her to the ground. Hedda let out a cry as she got to her knees. That’s when the angry wife forced her head down onto the block.

She lay there panting for breath. She saw the brothers with their erections. Both cocks seemed thick and long.

She looked at Lorissa with hatred in her eyes. “Your brothers can rape me all they want, bitch. But it won’t change anything!”

With a nod from his sister the one brother moved over to the block. He pulled the axe free. Then he proceeded to step around Hedda.

She looked up at him in growing fright. Then she started to lift her head up again. Lorissa forced her back down until her neck was stretched out on the block.

“What’s going on?” she gasped, her fear causing her voice to rise in pitch.

Hedda turned and saw the brother hefting the axe as though taking aim. That’s when it occurred to her what was about to take place. They weren’t really going to…

She started to lift her head up. Lorissa pushed her back down until her neck was stretched out across the block. Hedda saw the brother heft the axe. Then he brought it down hard.

“NOOOOO-!” Then the axe landed with a loud thump, silencing her forever.

Hedda’s head flew off the block. At the same time her body jerked upright, blood spurting out of her severed neck. She was upright for a moment before pitching over onto her side, her neck stump spurting copious amounts of crimson as she hitched and convulsed in her death throes.

She stared in horror as her head was picked up. That’s when Lorissa’s face swung into view, a triumphant smirk on her face. “Now do you understand when I tell you you’re never going to see my husband again? Now I believe Franz has something he wishes to share with you.”

Hedda was horrified to see the other brother bend her headless body at the knees before sticking his dick inside her still spasming cunt. Then she was turned until she was face to face with the other brother’s cock. He pushed it through her mouth until it came out through her severed neck as he began fucking her skull.

“When you’re done with her, boys, you can toss her remains into the ravine. I have no further need of her. Help yourself.” Then Lorissa turned and headed off toward the trees, satisfied the bitch would never be seeing her husband again.

This entry was posted in Beheading Stories and tagged beheading, topless. Bookmark the permalink.