Samantha wondered how she could be united with Rajesh. He was from another sect and her parents did not approve. Her family was wealthy, with investments in wind power which gave them a strong name in the city.

She’d tried to discuss it with her mother Neela, explaining how she had fallen in love. But the matriarch was totally against any marriage or union with Rajesh. She believed it would besmirch the family name marrying a man of lower status.

Next Samantha tried to speak to her father. After all, she was his only beloved child. But like her mother he was also against the marriage.

Samantha was torn. She deeply loved her family. After all, they had provided well for her, making sure she’d gotten a good education. She shopped the best stores and wore the best clothes as befitting her family name. But her love for Rajesh now threatened the stability of family life.

She tried talking to their servant Vishal, carefully feeling him out. He was sympathetic to her cause. But he too tried to sway her to find another man to love. Wasn’t her family’s honor important to her?

Samantha did not know what to do. She tried avoiding Rajesh for over a week. But that only made her pine for him even more.

When they were reunited she felt her heart soar with joy to be in his presence. She explained how her family did not see him as a fitting husband. But it did not seem to matter to him as he loved her with all his heart.

Samantha’s feelings for Rajesh only intensified. She began to feel her life with her family had become a prison with many restrictions. Did they truly love her? Or were they only interested in their position in the community?

She wanted to talk to her father again, to explain how much she loved Rajesh. But one of the wind turbines had broken down and needed his attention. It made Samantha feel like the machine was more important to him than her, his only daughter.

She made one last plea with her mother, hoping to sway her on the merits of the power of love and the way it bound two souls together. After all, didn’t she love her father? But what she learned surprised her.

Her mother explained that she had never truly loved her father. Rather, she had chosen marriage as a way of improving her status. And she believed her daughter should chart a similar course. Nay, her daughter was honor-bound to marry a man of importance in a prominent sect so as not to sully the family’s social status.

Samantha realized the situation was hopeless. Her family would never permit her to marry Rajesh. But would she be able to give him up?

She secretly met up with him and explained her dilemma. He suggested they run away together. Their love would get them through until their lives improved through prosperity. But Samantha had no idea Vishal had followed her and had witnessed the meeting.

That evening she began packing her things. Her mother discovered what she was doing and forbid her to run away with Rajesh. Samantha said she was going anyway.

She broke down in tears and explained how much she loved her family. But Rajesh made her feel special, only wanting the best for her. She wanted to spend the rest of her life with him. But her words only served to anger her mother.

“Samantha, I forbid it!”

“Mother, I cannot live without him! I’m sorry, but I am going!” That’s when her mother angrily stormed out of the room. Samantha did not hear her place a call to her father.

She hurried up and finished packing. Then she asked Vishal to take her to Rajesh. He helped her put her things into the vehicle. Then they drove off.

It only took a few moments before Samantha realized they were not headed in the right direction. To her consternation Vishal was taking her out of the city. “Where are we going?” she asked as an ominous feeling settled over her.

“I am taking you to see your father, Samantha. He knows how important this is to you. You must persuade him or you will be severed from your family for the rest of your life.”

“But Vishal, father is against my marriage to Rajesh!”

“You must try to convince him, Samantha! Isn’t it more important to convince at least one of your family members to understand your heart?”

She nodded in agreement as tears filled her eyes. She knew how important it was. Maybe if she tried one last time she could explain things to her father.

She soon realized they were driving out to the wind turbines. “Vishal, father is out here? But it is so late!”

“The proper function of the turbines is important to him, Samantha.”

She nodded in understanding. But something didn’t feel right. She suddenly had a bad feeling about all this.

“Vishal, I’ve changed my mind. I want you to take me home.” Maybe she could find another way to connect with Rajesh.

“Not until you see your father. He must be informed. In your heart you know this to be true.”

“Please take me back!” But her pleas fell on deaf ears. Now she became frightened.

Her fears were amplified when they arrived at the turbine being repaired. Many lights were in place, illuminating the work area. They also illuminated the fact that her mother and father were waiting for her along with several of the servants.

Vishal got out of the car, walk around and helped her out. Then he took her by the arm. Samantha felt a real stab of fear as he escorted her to the tall wind turbine where her parents and the servants were waiting.

There was a crane on the premises, no doubt for the purposes of replacing a very heavy part to the turbine. There looked to be a cable hanging from it. But when they drew closer Samantha thought she saw what appeared to be a noose instead of a cable.

Her mother angrily walked up to her. “Samantha, do you still wish to marry that boy?”

Samantha lowered her head as she replied, “Yes, mother; I do.”

“Ungrateful child!” she barked before slapping her hard across her face. “Your father and I worked hard to raise you right. And this is the way you treat us? Samantha, you have shamed us!”

The matriarch motioned one of the servants to come over. Aseem came up to her. With a nod from her mother he proceeded to tie her arms behind her back.

“Mother?? What is going on??” But her mother said nothing.

In growing alarm she turned to her other parent. “Father, what is happening??” In response he coldly took a step back from her. The gesture was clear; he was symbolically separating himself from her.

Samantha grew desperate. “Mother, please!” That’s when Aseem grabbed the dangling rope and looped the coil around her neck.

Samantha began to hyperventilate. They really weren’t considering hanging her, were they?? But one look at the faces of her parents and the servants showed a cold, emotionless resolve.

She choked back a sob as her heart skipped a beat. Surely this couldn’t be happening, could it?? This had to be a dream! Her parents would never do this to her, would they??

“Mother?” she cried out in growing horror. But the matriarch of the family haughtily lifted her head up.

“How could YOU, you ungrateful child? After all we’ve done for you?” 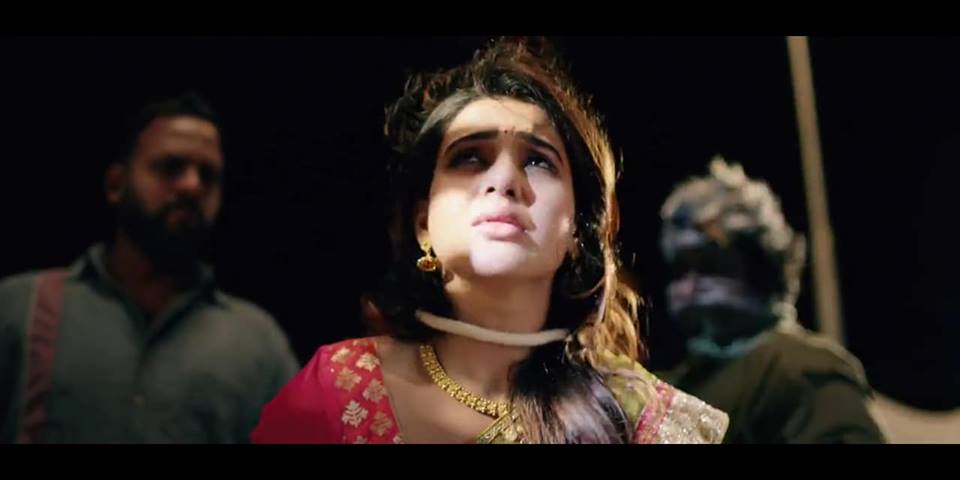 With a nod from her mother two servants grabbed the end of the rope. They slowly pulled until Samantha found herself looking up in horror, the knot set ominiously behind her head. Were they truly going to go through with this?? 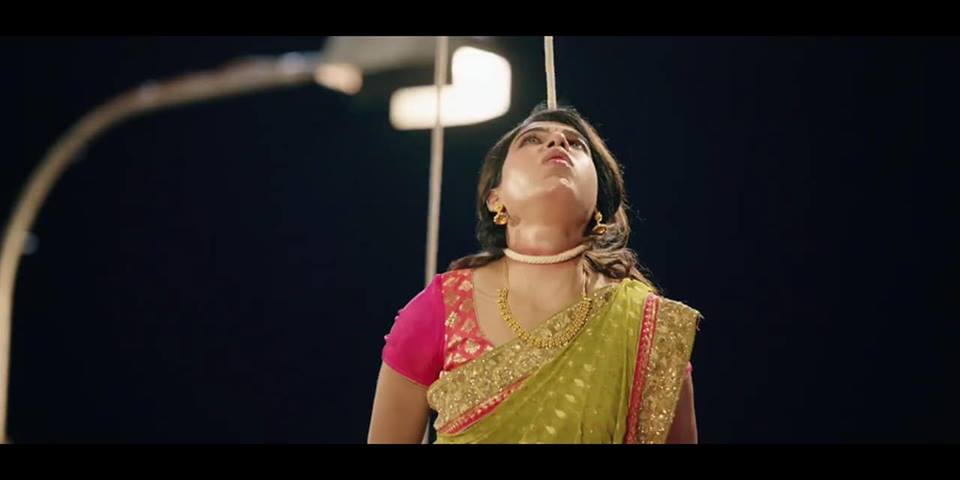 Samantha could sacredly believe it. “You’re… you’re really going to hang me, mother?”

“You told me yourself that you cannot live without him, child. What more can be done but to carry out your wishes?”

“My wishes?? No, mother! Please… let me see Rajesh one last time!”

“He is dead, child. There is only one way for you to see him now.” Then she nodded at the two servants holding onto the free end of the rope.

Samantha took a last anxious look at her father. Then the rope took her upward. She rasped for breath as her feet left the ground. 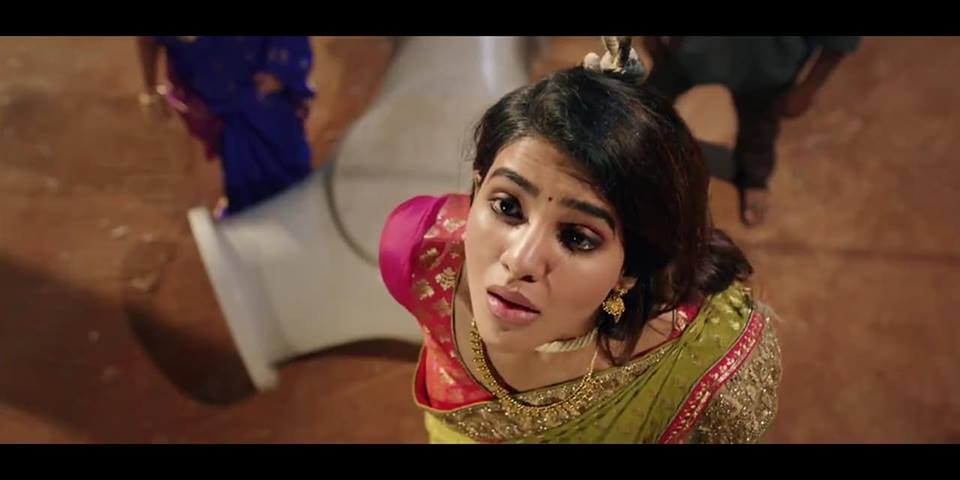 She went one… two… three feet up into the air. Her mother and father looked up at her with no emotion. Vishal simply turned his back and looked the other way. 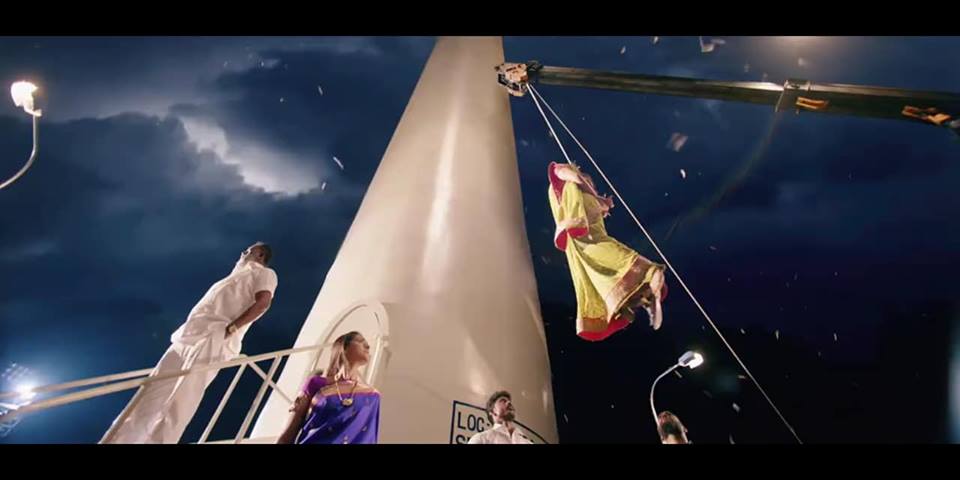 Samantha kicked and twisted as she struggled to breathe. The rope tightened around her throat, cutting off her breath. She felt a fire in a chest as the nylon bit into her neck.

She hitched and jerked as she struggled to pull a breath of air into her lungs. Her mother and father watched her hang with no emotion in their expressions. The other servants stood around without saying a word.

Her mind cried out for Rajesh to come to her rescue. Was it true what mother had said? Was Rajesh really dead?? Had he been killed on her mother’s instructions?? Samantha did not want to believe it. 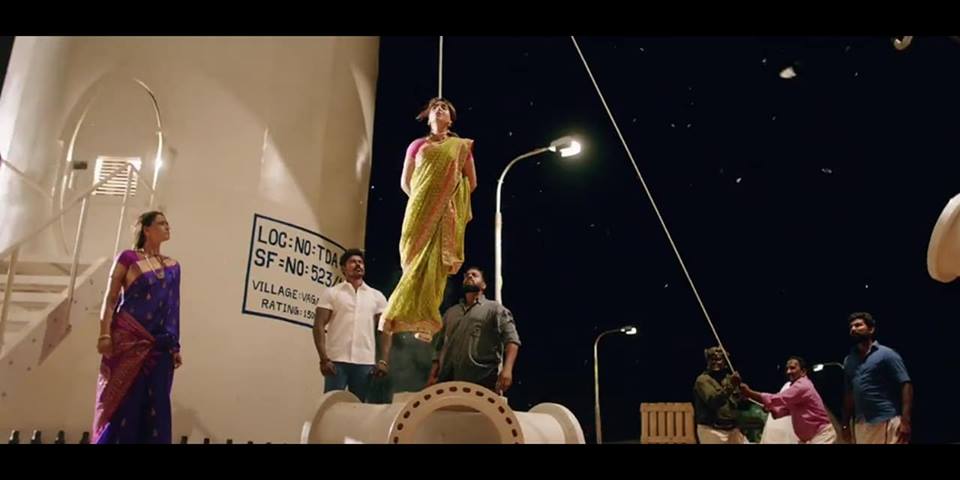 Her agony increased as a fire burned in her chest. Her lungs ached, her body struggling to breathe. The worse it got, the more animated she became as she kicked and jerked.

There was no sound but the creaking of the rope and the grunts of the servants who were keeping her aloft. Samantha felt an icy coldness envelope her, the coldness of death. She tried to breathe but couldn’t.

She kicked and twisted as though trying to loosen the coil from around her throat. It only tightened. Her horror intensified when it became apparent this was truly going to happen. They were really hanging her!

With one last painful jerk she exhausted herself. Samantha hung limp as her body gently swung back and forth. She was losing feeling in her extremities. And her body felt like it was getting colder. 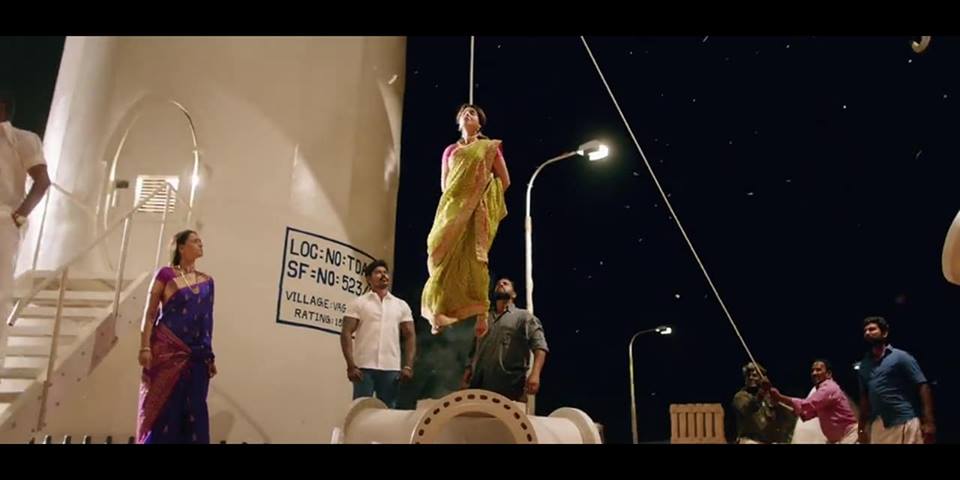 Her feet fluttered as her hands flexed behind her back. Shamefully her bladder gave way. She was conscious long enough to hear her mother coldly tell the servants to tie her off and leave her there until morning. Then she was aware of nothing at all.