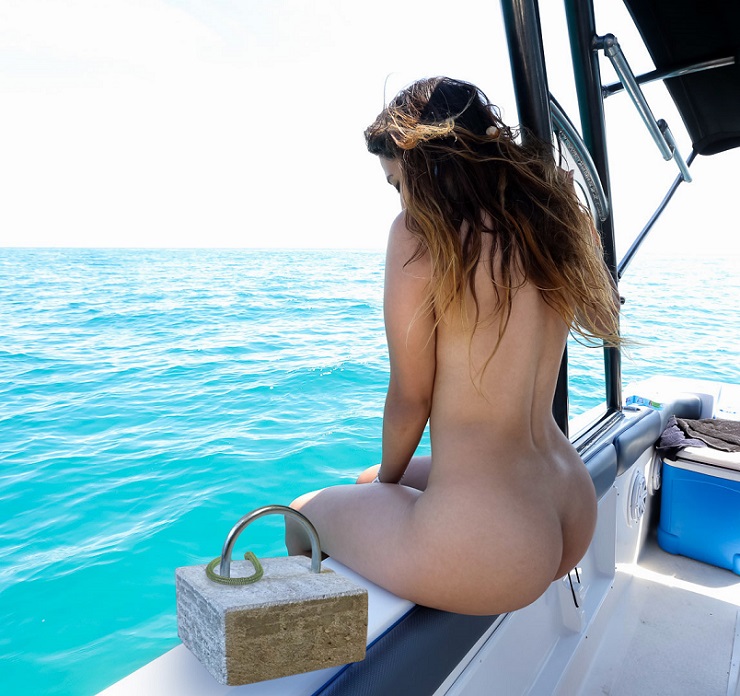 I always sensed it was my destiny, perhaps because my namesake in Hamlet suffered the same fate. Deep down I nurtured the seed and allowed it to take root. So I don’t know if it was by chance or if it was my destiny leading me down to the marina.

I saw him preparing his little cabin cruiser. When his eyes lingered on me I felt a chill run down my spine. It was as though I was looking right into the eyes of my killer.

“What are you doing down here at the marina, little girl?”

“I was thinking it might be exciting to go out for a ride on a boat.”

“Do you know what Ophelia’s fate is?”

I nodded as I told him, “Yes. She drowns in Shakespeare’s Hamlet.”

“Indeed she does. Do you still want to go for a ride with me?”

My heart was beating fast, my pussy damp with arousal as I brazenly walked to his boat. Then I calmly climbed aboard. “Ok, Ophelia,” he said with a smile. “Let’s take you out and drown you.”

It was disturbing the way he’d brought it up so casually. For some strange reason I found the idea wildly thrilling, sucking water into my lungs for him during my drowning convulsions. Something told me he would enjoy tossing me over the side just to watch my drowning bubbles come up.

I took up a seat as he freed us from the dock. Then we slowly motored out of the harbor. My heart beat faster as we headed out to sea.

I looked back to watch the shore fade away into the distance. Then we were out in open water. I was both frightened and aroused.

I don’t know how far out we were when he cut the engine. We drifted to a stop out in the middle of nowhere. Then he came over and smiled at me.

“If you’re going to go overboard, you have to do it naked. You know that, don’t you?”

I gulped as I nodded with understanding. Then I slowly stripped out of my clothes, leaving them neatly folded on the bench seat. When I was done I turned and stood before him, showing him my goodies. My nipples were so hard, my pussy dripping like crazy

I looked at his crotch and saw a bulge there. He was more than a little aroused at my nudity. Perhaps he was turned on at the idea of drowning me.

I went up to him and slowly pulled his shirt up over his head. There wasn’t much hair on his chest. I didn’t mind, and I kissed his nipples before working my way down.

I loosened his belt and unzipped his pants, allowing them to fall to his feet. Then I pulled his briefs down his legs. His hard cock sprang free right in front of me.

I knelt down and took him into my mouth, swirling my tongue all around the shaft. He moaned at my skills. After all, I had to do a good job of tipping my executioner, right?

I sucked his cock for several minutes, getting him nice and hard. Then he spun me around and bent me over the side of his boat. A moment later he pushed his way inside my wet, dripping opening.

He thrust good and hard; gawd, how he fucked me! I don’t think I’ve ever been fucked like that before. It was as though I’d brought out the animal in him, sealing my doom.

He roared his release as he pumped me full of his seed. Then he turned me around and forced me to my knees. Once more I took him into my mouth, cleaning him off.

I don’t know how long I was there. All I know is he hardened right back up. Then he laid me out flat on my back on the deck before he fucked me again.

I cried out with joy as he filled me a second time with his spunk. I had a glorious orgasm feeling him add a second deposit deep in my pussy. Then we cuddled for a few minutes.

He finally pulled me to my feet. Then he had me sit on the edge of his boat. That’s when he went back to a locker and pulled out a length of rope along with a cement block with a metal half-ring embedded in it.

I gasped as he tied one end to my ankles. Then he looped the other through the block, securing it as well. “Ok, Ophelia,” he told me with a smile. “This is where you get off my boat.”

He set the block down on the edge of the boat right next to me. Then he left me there for a long moment to compose my final thoughts. My chest was heaving from fear and arousal.

“You’ve been great, Ophelia,” he told me from behind. I could hear the smile in his voice. Then he gave me a good, hard shove in the back.

I cried out as I went into the water with a splash. I came up treading water with my hands since I could only dolphin kick with my legs. I thought about freeing myself from the block. But what good would it have done? I was clear out here in the middle of nowhere.

I saw him at the side of his boat. He was naked, his cock nice and hard as he stroked it for me. Then he started to push on the little cement block.

I don’t even know what made me say it. I just gave him a knowing smile as I told him, “Go right ahead, lover. Send me to Davy Jones’ locker.”

I don’t know what I was more of when he pushed it off the side of his boat: horrified or excited. The block hit with a splash and sank from view, taking the rope with it. The last I saw, he was stroking his cock as the rope tensed up and jerked me under, causing me to let out an abrupt cry of bubbles.

I twisted and jerked as my arms flailed like crazy. It hurt like hell as I was pulled to the depths. But the salt water made me last a little while longer. I actually felt my internal orgasms dying as another orgasm fully enveloped me before oblivion finally claimed me.

I have no idea what it was like at the surface for him during my final moments. I like to imagine he jerked himself off as he watched all those drowning bubbles come up. I hope he shot one last load over the side of the boat as a salute to my drowning performance…

(Inspired by the picture I found.)