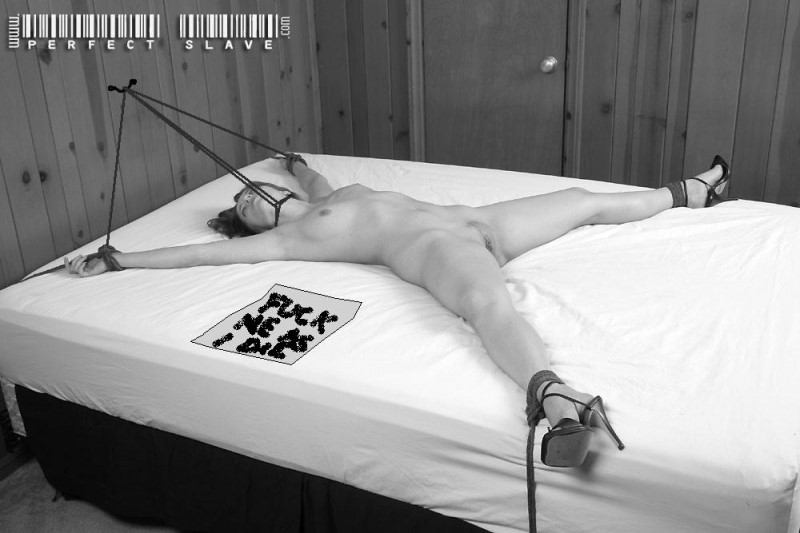 When Gianna went to college, the first thing she wanted to do was become a Pi Omicron Rho Nu sorority member. But she had just one little problem. Technically she was still a virgin.

She’d sucked a few cocks in her day. But she was saving penetration for marriage. Unfortunately that stopped her dead in her tracks from becoming a sorority member.

So what was more important to her? Getting ridiculed all through her college years, and never becoming a member of the most prestigious sorority in history? Or giving up her virginity?

It didn’t seem to be that big a deal with the other girls. Nor did it seem to be a big deal with any of the guys she talked to. Besides, she was using a long, thick toy to achieve the orgasms she often craved anyway. So having regular sex would probably mean a lot more orgasms and a whole lot more respect.

Gianna finally made her decision. It was more important to be a sorority sister than to deal with three or four more years of verbal abuse. At this point she was willing to do whatever it took.

With that decision out of the way, her two biggest remaining obstacles were Maryanne and Trudy. They were the two stuck-up seniors in charge of virtually everything that went on in the sorority. Nothing happened without their consent. What’s more, they were the ones who had heaped the greatest verbal abuse upon her, laughing at her standards.

She went up to them after class and told them she wanted to become a member of Pi Omicron Rho Nu. Their immediate response was to laugh in her face. She took their abuse as she stood there resolute.

“I’m serious. I’ll do anything. In fact, I’m fully prepared to give up my virginity the night of my initiation.”

They both looked at each other, their eyes flashing with menace. She wasn’t sure she liked what was going through their immature little brains. But this meant a lot to her.

“You’ll do anything?” Maryanne snorted skeptically.

“No backing out?” Trudy added, giving her a dubious look.

“Even if we decide the only way of getting in is to fuck everyone living in the frat house?”

“Even that,” Gianna declared as a chill went down her spine.

“Tomorrow night in the sorority basement; 9 pm sharp. We’re only going to give you this one chance, bitch. Don’t you dare fucking blow it!”

“I won’t,” she told them, wondering what the hell she’d gotten herself into.

It took less than two minutes after arriving before realizing she was in for a humiliating evening. She was forced to strip and then beaten with a paddle on her behind by every girl there. But Gianna was committed.

After she became a member, she was going to show these bitches a thing or two. She was going to make a name for herself. And when she reached her senior year she would be the one running the show.

The next thing she was forced to do was lick pussy. Again, it was no big deal. She even passed out a few orgasms with her tongue, which only pissed off Maryanne and Trudy even more.

She was finally taken into to a plain paneled room, complete with a mattress and a sheet on top. There were ropes positioned on all four corners. Gianna inhaled sharply at what she was facing.

“Let me guess,” Trudy snorted derisively. “The virgin’s never been tied up before?”

“I can handle it,” Gianna shot back.

“I’m not so sure,” Maryanne added. “What we’ve got in mind could be dangerous.”

“I signed your damn paper,” Gianna retorted. “I can take anything you can dish out.”

“No sass from the recruit!” Trudy declared as she slapped her face hard. “Now lie down on your back on the bed.

More than ever Gianna was determined to go through with it. But now she began to wonder what the hell they were going to do to her. She quickly found out when they tied her arms and legs spread-eagled to the corners of the bed. That’s when they wrapped a rope around her neck, running it through a hook in the wall, and then threading the ends to her wrists.

“A P.O.R.N. girl asphyxiates herself to get off and to please her partner,” Maryanne stated smugly. “Can our virgin do that for us?”

In response Gianna pulled on her arms. It tightened the rope around her throat, causing her to wheeze for breath. It also had the added sexual effect of making her wet down below. She decided this might not be so bad after all.

Trudy wrote something on a blank piece of paper with a black marker. “Read it, bitch!” she declared, holding it up in front of her face. “Or does our virgin not know how to read?”

“Fuck Me As I Die.” Then she looked up at them in alarm. “You’re not serious, are you?”

“Are you serious about becoming a Pi Omicron Rho Nu girl?”

“Then you’d damn well better get serious about this. You got that, Virgin?”

“I got it.” Now she was trembling… and she was wet as hell.

Gianna tested the ropes as they all walked out of the room laughing. The more she pulled, the more her breath was cut off. It was scary, but it was also incredibly arousing.

The first one in was George Grunisel, the ranking member of the frat house. He looked her up and down before coming over and reading the paper lying on the bed. “You mean that?” he finally asked, holding it up so she could see it.

“Fuck me as I die,” she told him with a nod as a shiver went down her spine. She figured she’d better say it in front of each frat boy or word might get back to the bitches she was not enthusiastic enough about this.

He thrust in hard and deep. Then he started pounding her. Gianna deliberately pulled on her wrists, choking off her breath.

It felt even better than the toy she fucked herself with. He was hot and throbbing inside her. She clenched around his cock as she strangled herself until he shot his load deep inside her.

“Not bad, cunt,” he declared after he pulled out. “I think you’re going to make a great P.O.R.N. girl!” And with that he put his pants back on and walked out.

Gianna got little more than a minute’s respite before Joseph, the second one in rank came in. He also read the note on the bed. “Is this true, Gianna?”

“Fuck me as I die,” she told him resolutely. He just grinned at her as he hastily removed his pants.

He climbed on and started fucking her hard. In response Gianna pulled on her arms, strangling herself again. It felt even better the second time around.

She smiled up at him as he was reading the note. “Fuck me as I die,” she told him before he could ask if the note meant what it said. This time she said it with more enthusiasm.

She strangled herself as he pumped her with his dick. She waited until she judged he was damned close. Then she pulled real hard.

His cock went off inside her as she bucked and shuddered in orgasm. He pulled out and got dressed, amazed at her orgasm. “Damn, girl! I’m going to have to fuck you again!” She just smiled at him.

It was shamefully glorious. It was also humiliating as hell. That’s when she made her decision.

When Billy came in, Gianna told him, “Fuck me as I die. After I’m dead, send the boys back in one at a time to enjoy my corpse. Don’t tell any of the bitches unless none of you want a necro fuck, ok?”

“Damn, Gianna. Do you really mean it?”

“Billy? Tonight’s fuck is going to be your best ever.”

He pulled off his clothes before eagerly jumping on top of her. She was appreciative he had an above average dick to enjoy as she died. Then she pulled hard on the ropes.

Billy pounded her hard, gasping as her cunt started squeezing. “Fuck – fuck – fuck! You’re one hell of a fuck, bitch!” Gianna pulled as hard as she could until she shuddered from what felt like the orgasm to end all orgasms. The last thing she felt was Billy emptying himself inside her thoroughly fucked cunt before she spiraled away into oblivion with a smile on her face.

After he walked out, he whispered something to the next boy in line. Reggie came inside and saw Gianna staring up at the ceiling with unseeing eyes. The idea of fucking a corpse was a total turn-on.

He fucked her good and hard before unloading his balls deep inside her. Her cooling corpse twitched as though she’d responded somehow. He decided he really liked fucking a dead body.

The message got passed on from frat boy to frat boy. Trudy and Maryanne both thought that virgin bitch was really being taught a lesson. It was only after the guys had finished and they went inside to check on her several hours later that they discovered she had been dead for a while.

They probably would have gotten away with it. But the administration found out they’d tied her spread-eagled with the rope around her neck. They were considered negligent and were both kicked out of school and convicted of involuntary manslaughter. Gianna got the last laugh as her fame with the frat boys over being a necro fuck lasted for several years.

(Inspired by the picture I found on the Internet.)