Teri and the Halloween visitors (graphic) 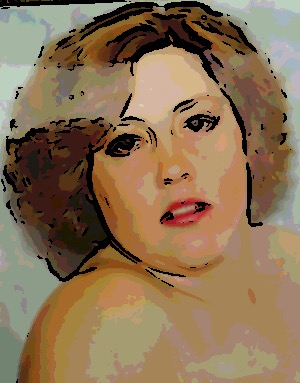 It was just after 5pm when Teri started getting her first trick-or-treaters. They were all dressed up in their cute costumes. She loved giving out candy, and she had plenty on hand. But she had ulterior motives.

For the past week she’d been handing out cards to potential clients at the club she worked. She planned on giving them a special treat after all the trick-or-treaters died down. She wanted to make a full night of it.

More kids showed up, no doubt dropped off by the male in the car on the street. Teri was in her black witch’s costume with lots of cleavage and an extremely short skirt. She “accidentally” dropped a piece of candy which she bent over to pick it up, showing the man in the car her ass and the white thong digging through her crack. Then she blew him a kiss before sending the kids back to him.

It was like that for the next couple of hours after the sun went down. Kids with fathers waiting got an extra piece of candy. And she seemed accident prone, dropping it onto the sidewalk and then bending over to give the males a show and a veiled invitation to return for a treat of their own.

They moved on as another car came in. Another father she recognized from earlier in the evening got out and came up to her steps while she was standing outside. “Trick or treat?” she asked coyly.

“Treat,” he replied with a knowing smile, pulling her to him and giving her a kiss. She smiled as she pulled him into the bushes, got onto her knees and freed his bulge for another nice Halloween snack.

The evening wore on, and she sucked a total of 8 men in her shrubbery. Then she saw those costumed villains had returned. It looked like they were taking pictures with their iPhone.

She blew them another kiss, showed them her backside, and deliberately bent over, giving them a good view of her white thong. That’s when they all came over. There were too many for the bushes, so she let them surround her as she got on her knees and blew them right there on the sidewalk.

The Freddy character was using his iPhone to record the event. She swallowed three loads until only Voorhees was left as Freddy recorded it all. “Make sure you tell all your friends about me,” she told them with a smile. “Your next visit to the club is good for a substantial discount.”

“Our friends are all dead,” Freddy smiled back. “You’re next.”

She grunted in alarm as Voorhees cock was shoved down her throat. She could hardly breathe as he gave her quite a load, and she gagged and gurgled. Then they muscled her inside her house, locking the door behind her and turning off the yard light to indicate she was “closed for the night”.

She tried to cry out, but Myers covered her mouth with his hand. They went to her bedroom where they stuffed some nylons into her mouth. Then they stretched her arms out and tied them off to the top corners of her bed.

The cocks came out again, only this time her mouth was already preoccupied. Voorhees and Myers grabbed her legs, splitting them apart as ghostface pushed his cock into her wet pussy. Freddy recorded the whole event with his iPhone.

She grunted as ghostface fucked her hard. She tried to tell them they didn’t have to be so rough and that she would willingly take them on if only they would give her a little compensation in return. But they weren’t interested, and the nylons in her mouth made her speech unintelligible.

She became alarmed as Voorhees took his turn. This time he fucked her ass. But what alarmed her was when he was given a pair of her nylons lying on the floor which he used to strangle her during sex.

Teri let out a garbled cry of horror. She could hardly breathe. Now she began to fear for her life.

They took turns raping her, two holding her legs apart and one recording the event as the fourth used her. She was fucked in both holes as she cried out in growing terror. What’s worse, they kept strangling her half to death with her nylons, making her afraid they might kill her and leave her lying on her bed in a degrading position to be found later.

When they finally finished, Voorhees and Myers left as Freddy and ghostface used two nylons to strangle her while lying on the bed on either side of her. “What’s wrong?” Freddy laughed. “Hosiery got your tongue?” To emphasize, he tugged on the ones in her mouth as they strangled her hard with more nylons.

Teri was sure this was it. She was full of spunk and was going to be strangled to death. Then surprisingly they let up on the nylons.

Voorhees and Myers returned with a bunch of Halloween candy. “Trick or treat, bitch!” Freddy cackled. Then they started shoving it up her cunt and ass as he added, “Don’t you know you can overdose on too much candy?”

Teri cried out as small packages of treats and candy bars were forced up her holes. Her pussy was stuffed, and her ass felt like she really had to take a dump. It was horrible, humiliating beyond words.

Myers motioned he wanted to use the knife on her. “Can’t leave you out, can we?” Freddy told him with a smile. Then he motioned at her… “Go right ahead and enjoy yourself.” So Myers plunged the blade into Teri’s stomach.

She screamed into the nylons in her mouth as she stiffened from the pain. Michael cut her open and pulled out some of her guts. Then they all began stuffing more candy inside the bloody opening. Freddy cackled there was always room for one more piece.

Teri screamed and grunted as they freed her from the bed while ghostface continued pushing candy into her gaping wound. Her tummy began to bulge from all that extra candy she had left over. One of them dumped the contents of several packages of candy corn into her guts. Then each one got an arm or leg before they carried her off into the bathroom.

To her horror she saw the tub was full. One of them must have filled it while she was being strangled. They ripped out the nylons in her mouth, allowing one final scream of horror, pain and violation. Then they pushed her down into the filled tub until she was lying on her back.

Teri was totally submerged as they pushed her to the bottom. The pain of her opened gut was too much to be able to hold her breath. That’s when she started gulping water, gurgling and drowning as her head twisted from side to side.

“Stupid bitch!” Freddy chastised her. “Don’t you know you should never go into the water on a full stomach?” He laughed maniacally as they made sure she couldn’t get her head up.

The water turned bloody as bits of candy floated around, having been discharged out of her cunt, ass and stomach. Teri finally went limp as she stared up in horror. “Better give her more candy,” Freddy advised. Ghostface happily stuffed more into her gaping mouth. Then they got up and left.

It was their third stripper visit of the evening, and they wanted to get in two more before they settled down for the night…