Getting rid of witnesses

As I stood at the controls to the boat, I kept telling myself how necessary it was. Emma was a good employee, but she probably knew too much. If she suspected I was embezzling funds from the company and told anyone her suspicions then I could be in real trouble.

I looked down on her from my place at the controls, feeling a twinge of regret. But I knew it needed to be done. I simply could not take any more chances with her. 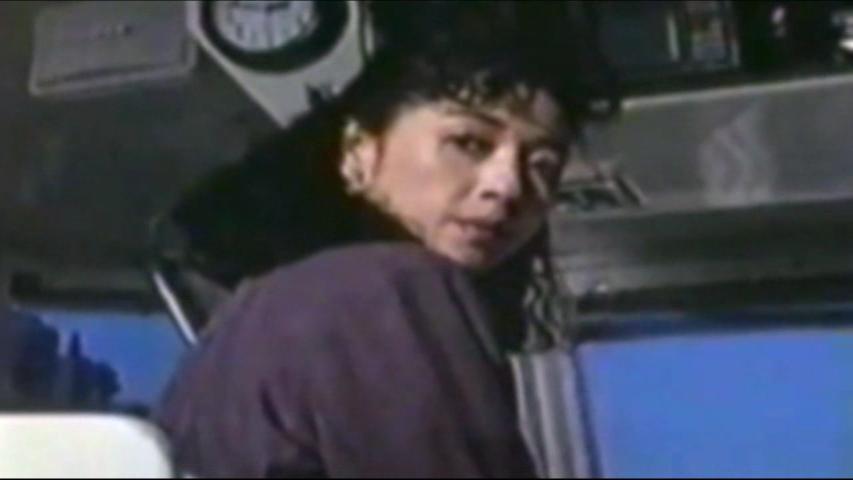 She was near the end of the boat sleeping it off. I had given her a little too much to drink and she was feeling no pain. I told myself it would be easier to make sure she was woozy and less responsive when I made my move. 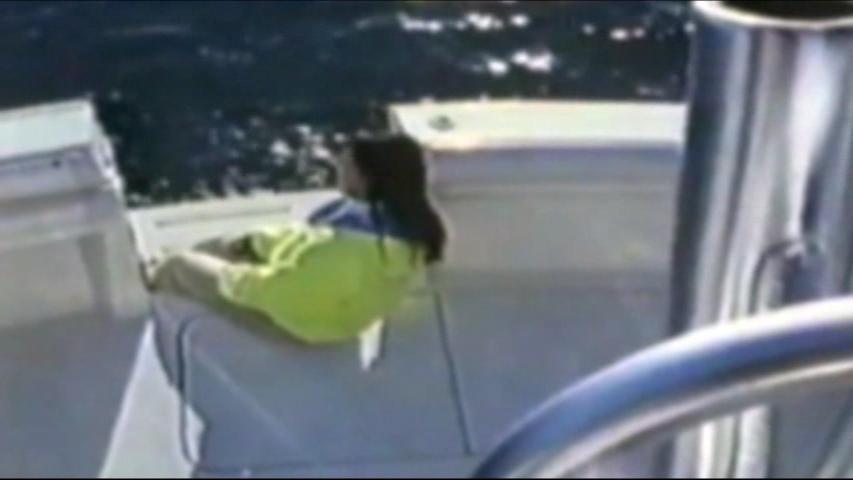 I saw Ping standing near the side of the boat when our eyes met. She knew of my plans of course; I had to tell someone. I trusted Ping to keep my secret, but there was an inherent risk in doing that. I told myself I would deal with Ping when the time came. 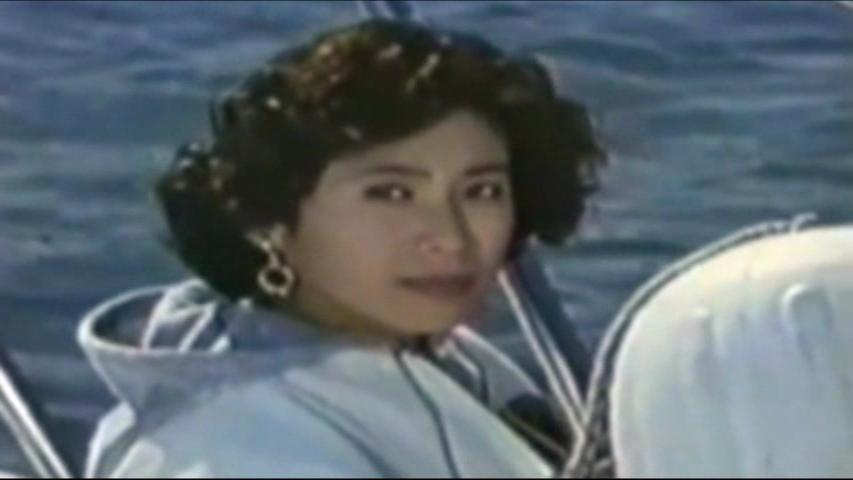 While no one was watching, I quickly slipped out of my sweater, revealing the heavy black wetsuit I was wearing underneath. I had worn it so I could change quickly. Besides, I would need to be in the water when the deed was done, and I did not wish to become chilled. 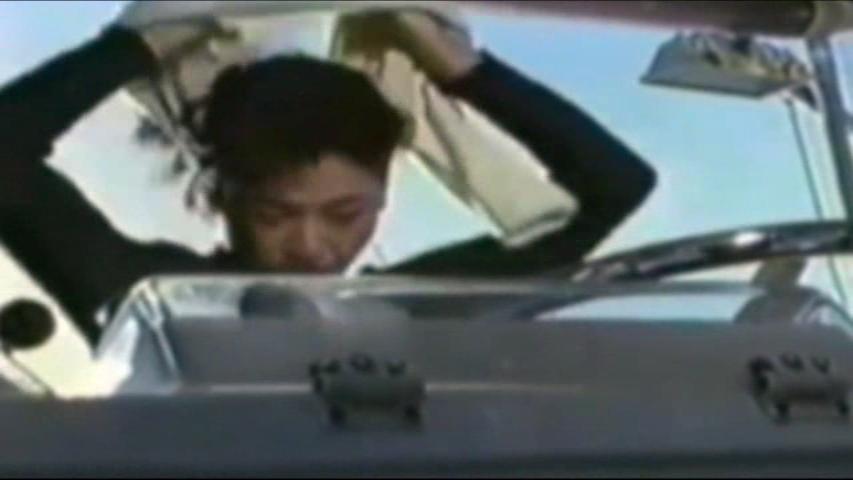 I climbed down the steps in my scuba booties to the empty deck below. Emma still lay napping at the stern of the craft, blissfully oblivious to her impending fate. The others were nowhere in sight. Ping must have lured them away so I could do what had to be done. 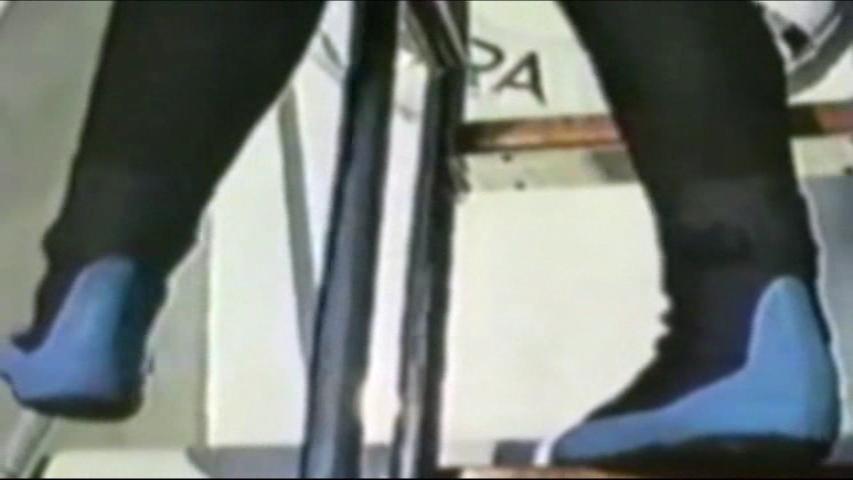 With my dive mask on my head, I carefully climbed over the side. My heart was beating fast; I was fearful the others might see me. I may have trusted Ping – and only for now – but I certainly could not trust the others. 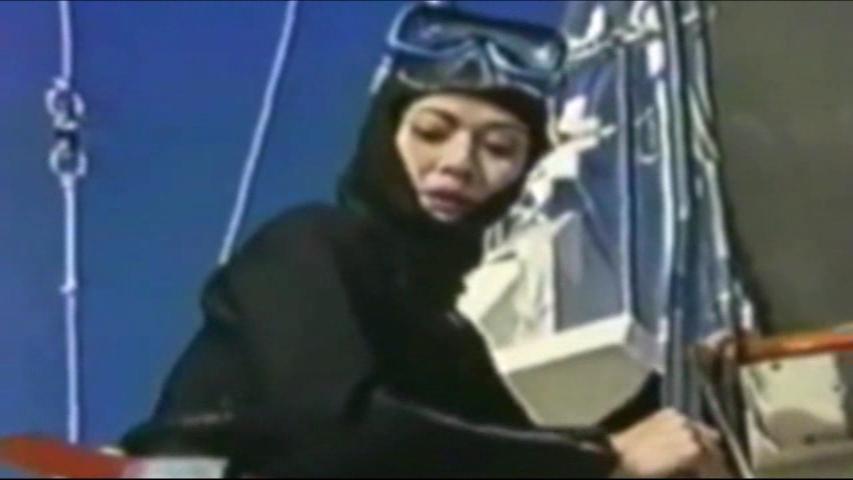 Poor Emma. She was still napping at the end of the craft. She had no idea the horrible twist of fate that awaited her after she had joined our little band for an ocean excursion. This was to be her last boat ride. 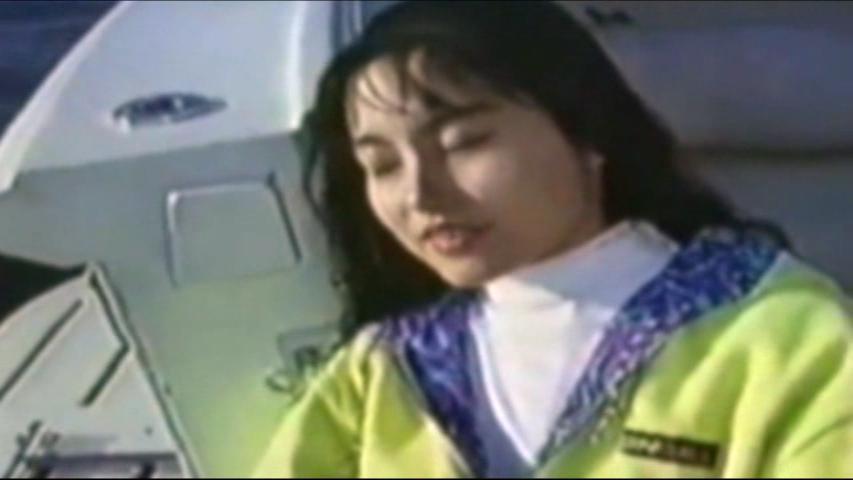 I went over the side of the boat into the water, watching to see if she roused from her nap. That would make things more difficult if she awakened… but not impossible. I wanted this to go as quickly and as painlessly as possible. Perhaps I felt I owed her that much. 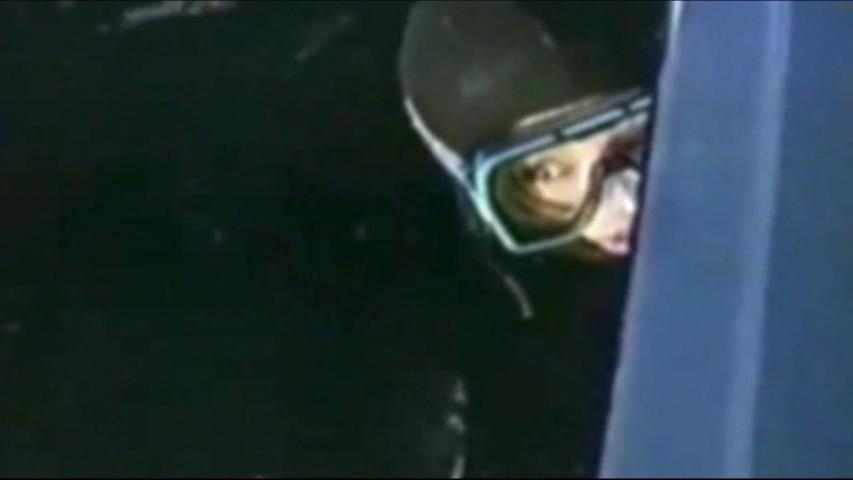 I went underwater to the scuba tank I had attached under the hull. The water was cold and I had to hold my breath before I got there. Again I felt badly about what I had to do to poor Emma. But it needed to be done. 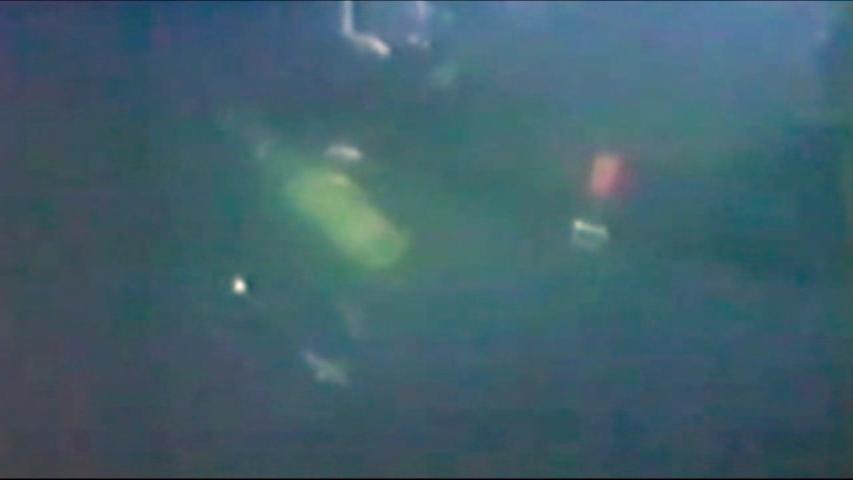 I quickly turned on the tank and then took a hit from the regulator, satisfying my hungering lungs. But at that moment a strange excitement took hold of me. I found it odd how exhilarated I was becoming at the prospects of drowning Emma. 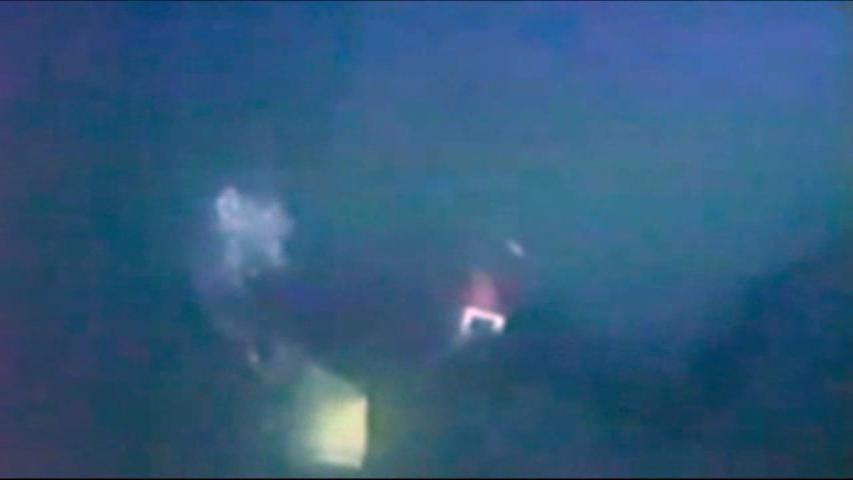 I told myself to calm down as I strapped the tank onto my back. Business was business; Emma could not remain alive. For all I knew she was fully prepared to contact someone about my illicit activities once we reached shore. Or perhaps she was preparing to blackmail me. I simply could not take the chance! 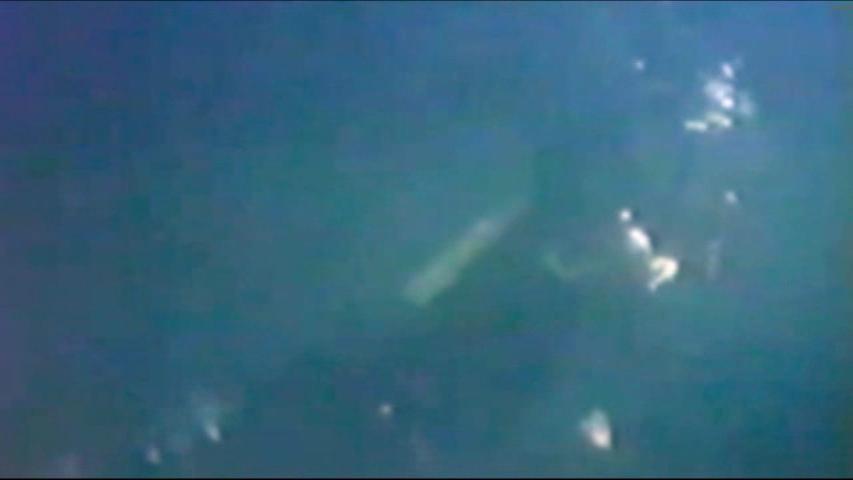 I swam underneath to the end of the boat, my heart beating fast. I winced with dismay, afraid my exhalations might alert someone to my presence in the water. I would have to work fast if I was to carry this off! So I reached for Emma’s foot to pull her into the water with me. 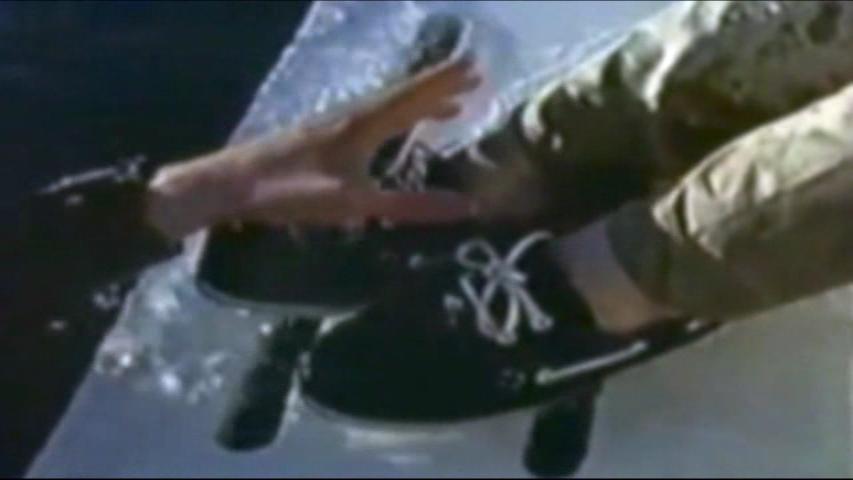 There were voices and I was forced to withdraw my hand… DAMN! Someone was approaching Emma! What if they awakened her from her slumber? What if my plans were ruined?? 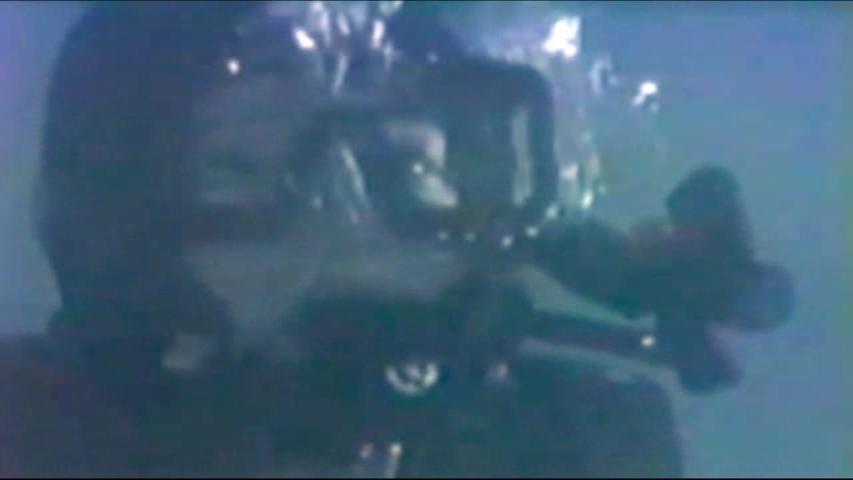 I recognized the voice as belonging to Keiko, another friend I had invited along. She appeared to be trying to rouse Emma from her slumber. But she was having little success. Soon I heard no more voices. 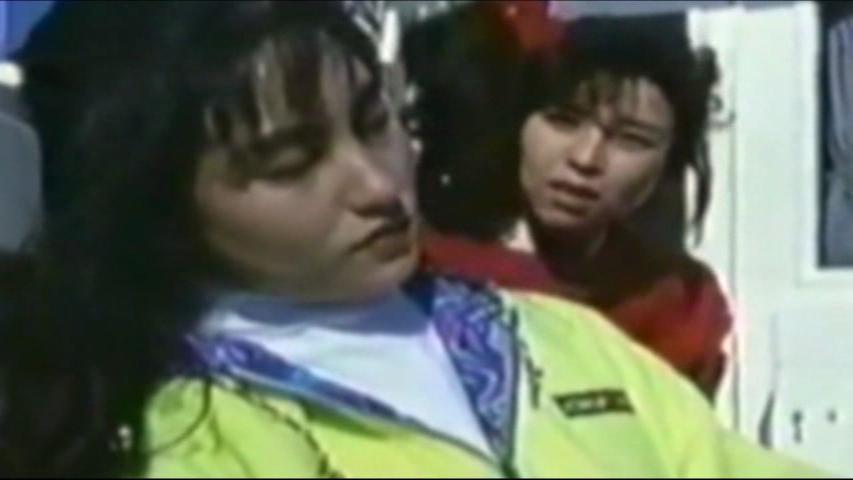 It was time to act; it was now or never. Drowning her would be so easy! I steeled myself, preparing to launch my attack. Strangely I was even more exhilarated at the events about to unfold, and I inhaled and exhaled deeply! 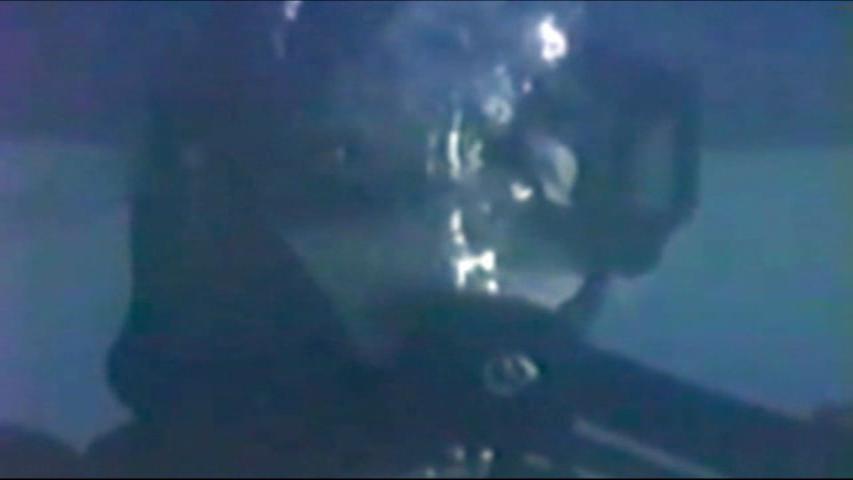 I hesitated only a moment as I reached up and grabbed her ankle. I froze for only a moment, afraid someone was coming out on deck. But I was committed now, and I began to pull her off the boat! 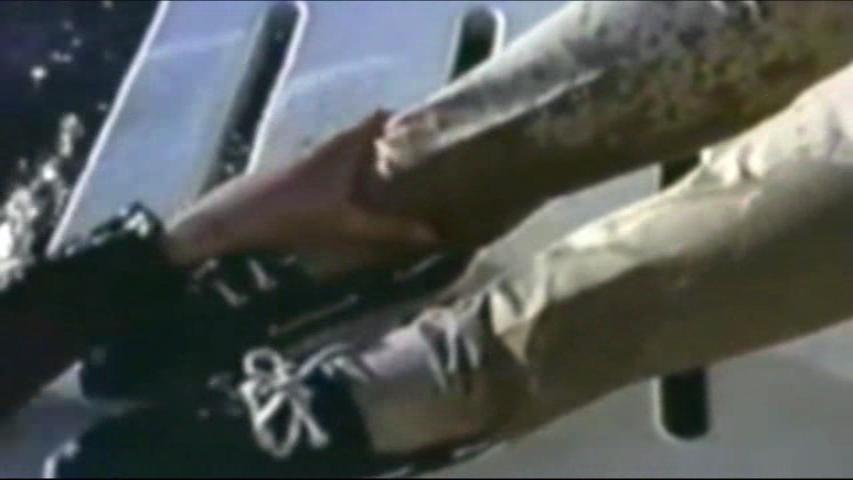 She slid off so easily, so quietly! I had indeed plied her with just enough drink to make her groggy! Eerily, she did not utter a sound! 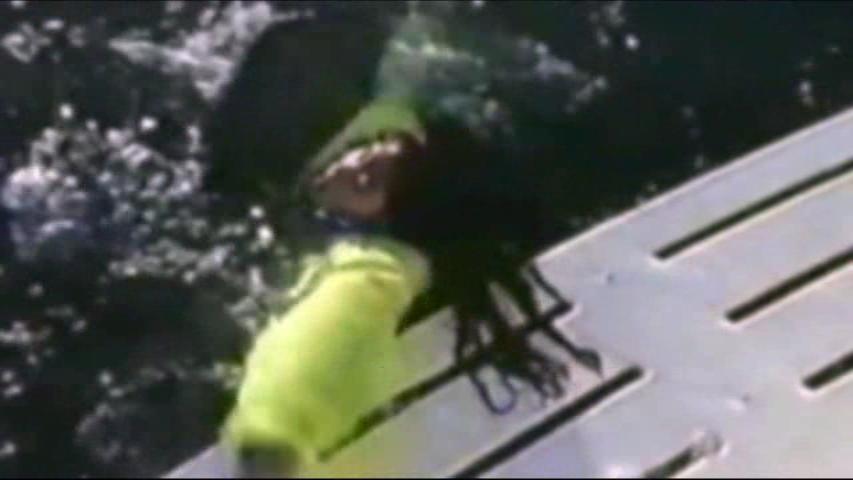 The cold water awakened her in one hell of a hurry. But by then it was too late! I had a good grip on her ankle and was pulling her down with me, keeping her well below the surface. The stupid girl panicked almost immediately, flailing with her arms. 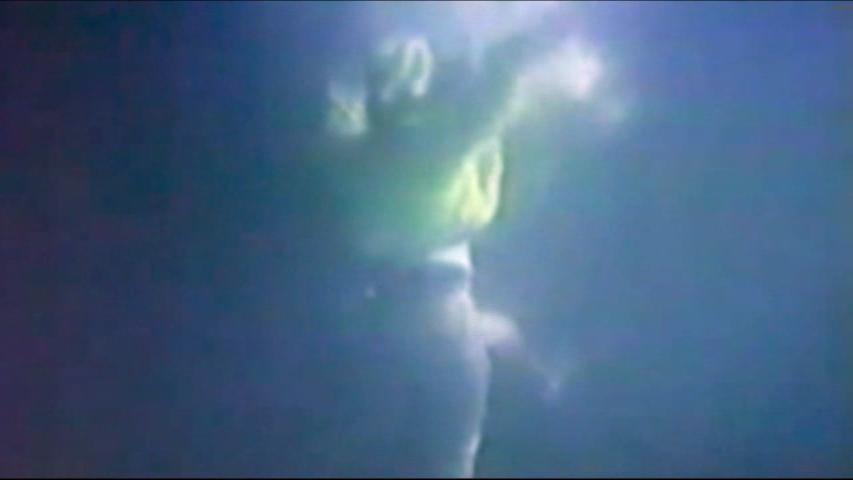 I had indeed caught her by surprise, and she tried to scream. Then she began to swallow water, a reflexive action that would doom her. Instinctively she thrashed about, struggling to reach the surface. But with my hand wrapped tightly around her ankle with an iron grip, she would never reach the surface to breathe again. 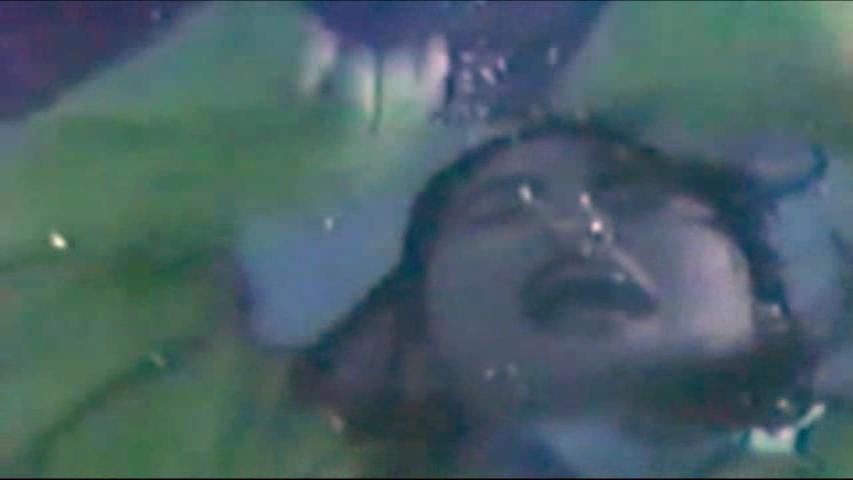 I watched impassively as a strange thrill flowed through me. I had never known until now the power of taking away someone’s life, watching them struggle to the bitter end. It was enthralling… dare I say… arousing? 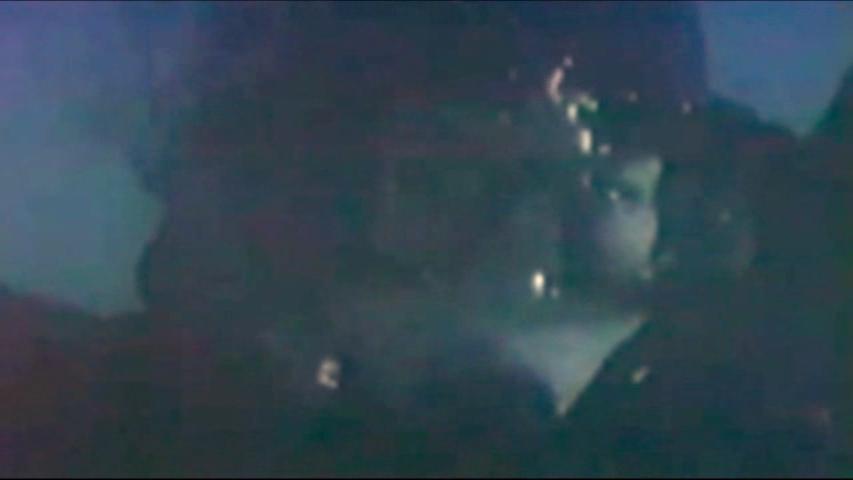 She waved her arms in a futile attempt to reach the surface. But the water was doing its deadly work on her lungs, and her struggles lessened. Soon my concerns with Emma would all be over. 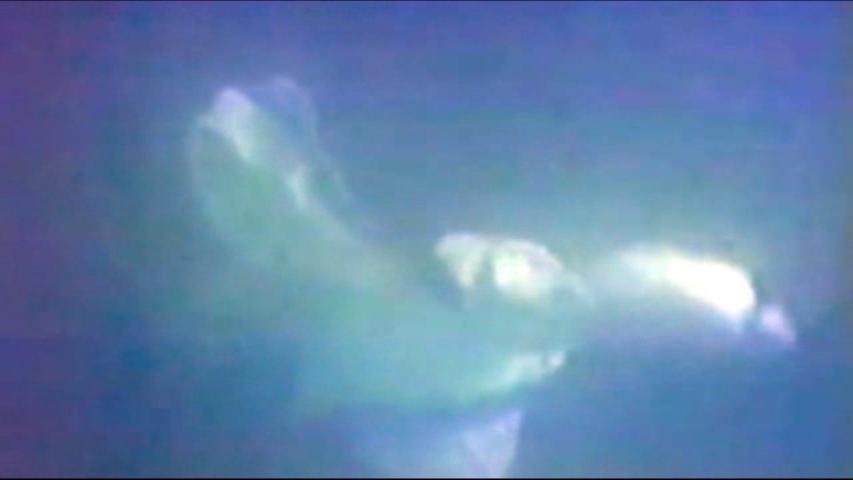 She jolted and convulsed in her dying spasms, precious air slipping out of her mouth. Then she went limp within my grasp. It had been all too easy… and I felt triumphant! One less problem to worry about at work! 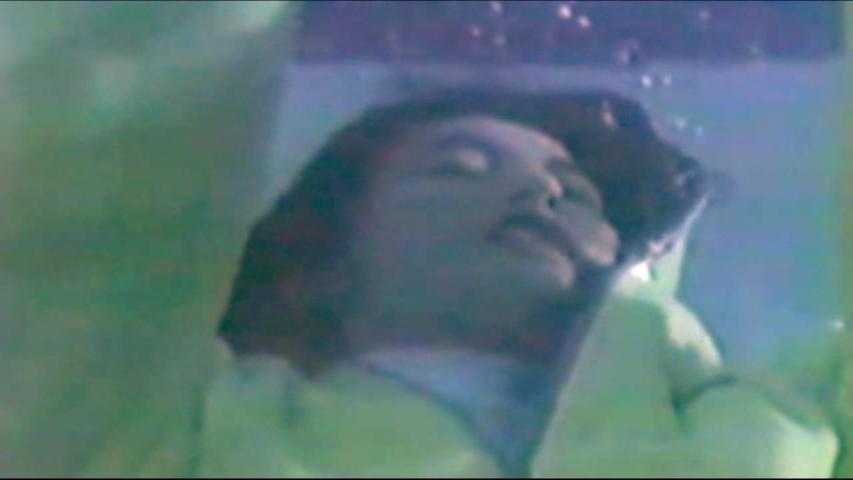 I watched her for a moment as I inhaled and exhaled heavily from my murderous actions. We were under the boat now; hopefully my exhalations were not too noticeable. But I found myself wondering about Ping… wondering if I could still trust her, and for how long. 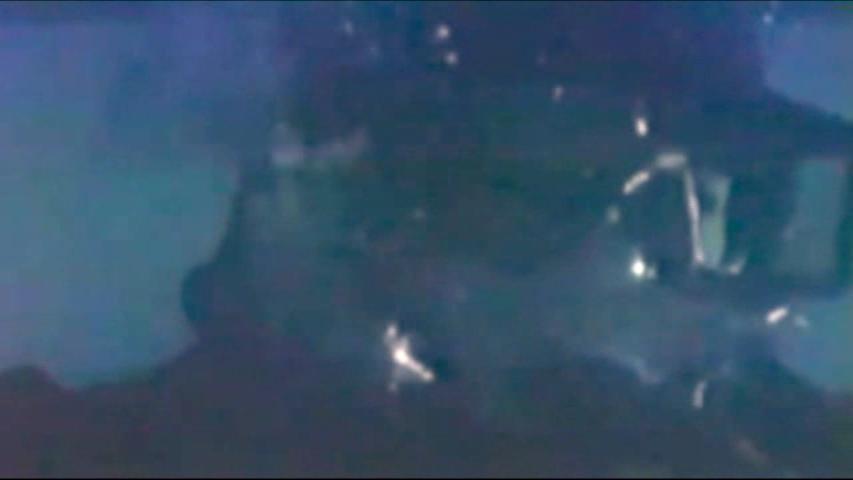 I slipped out of my scuba gear, taking one last breath before assigning it to the deep. It would not do for anyone to discover I had a scuba tank on board. They might become suspicious when Emma’s body returned to the surface floating face down. I took one last breath before ditching the gear and then letting go of Emma’s foot. 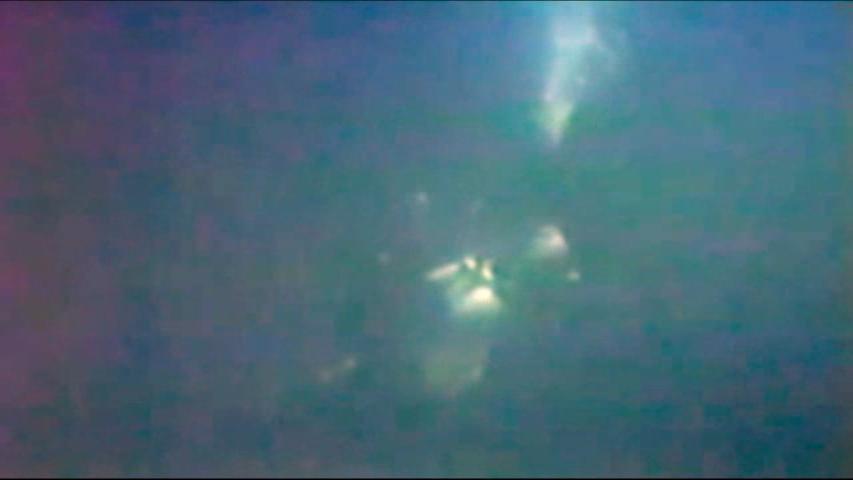 No one saw me as I climbed back onboard. Hastily I dried my hair as best I could. Then I shed my wetsuit, hiding it in a cabinet while revealing the thin clothes I had worn directly underneath my wetsuit. I had prepared well… and now Emma was no more. 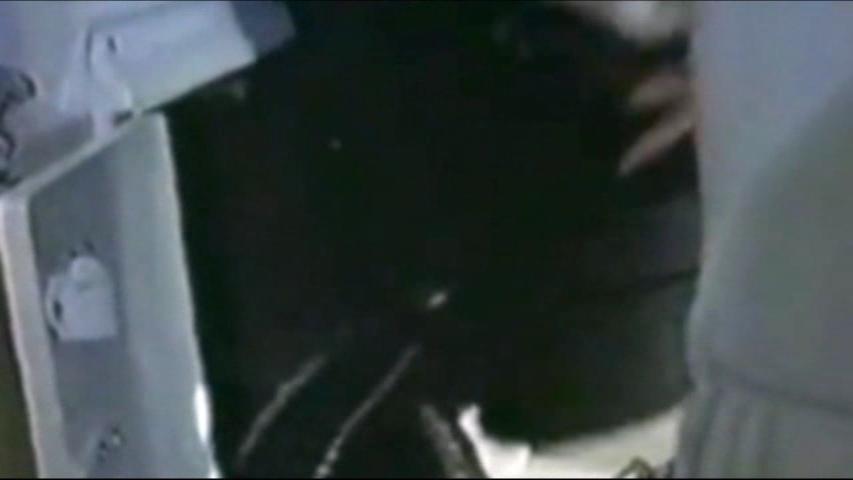 Ping and Koyano came back up on deck, discovering to their alarm that Emma was gone. Ping dutifully verbalized her fears that she might have fallen over the side and drowned. She was playing along with my plan… at least for now. 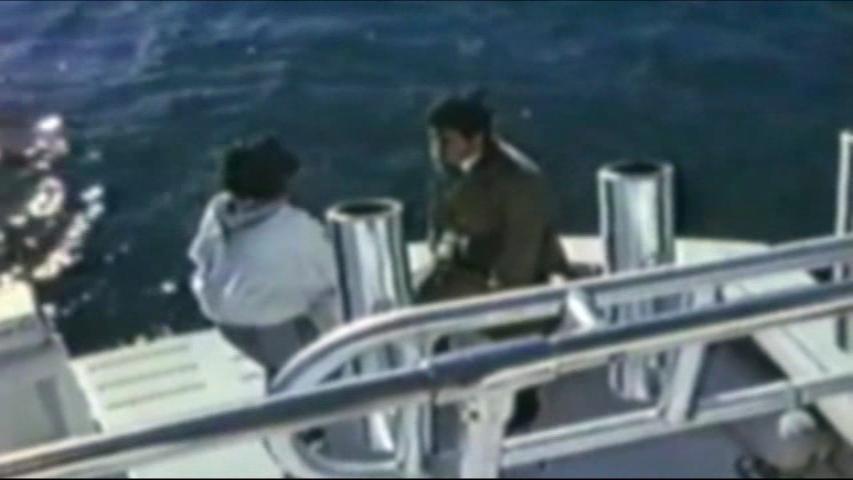 She screamed in horror as Emma’s body floated up to the surface. I looked down from my place at the controls, instructing Koyano to bring her aboard. I acted horrified at the poor accident that had befallen our dear Emma. 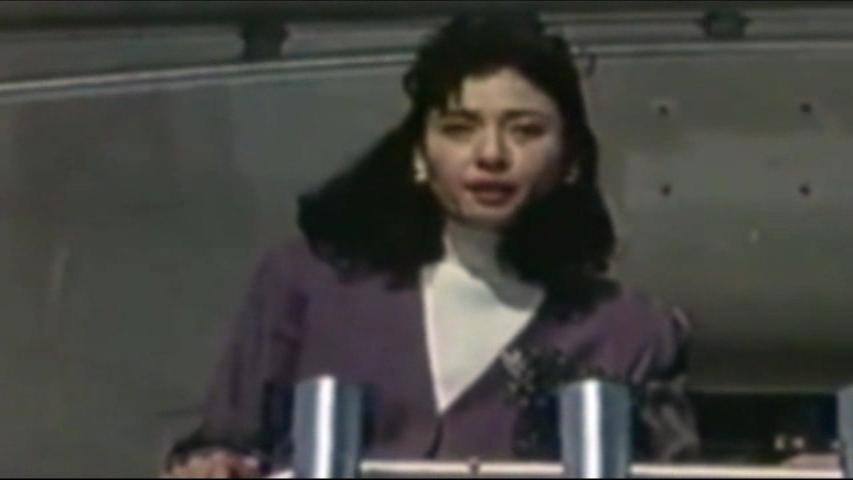 But I kept a watchful eye on Ping the entire time. I sensed her turn in the ocean depths might be soon approaching. I highly suspected I would need to get rid of one more witness before this whole sordid business with my embezzling was over…

(written for Emma Dec 4 by riwa)

(vidcaps taken from a clip I found on the Internet and used for illustration purposes only.)

This entry was posted in Drowning Stories, Emma Stories and tagged scuba, wetsuit. Bookmark the permalink.

One Response to Getting rid of witnesses