They walked down the beach arm in arm after having made love in the sand an hour ago. But her mind was not on her lover. It was on revenge.

His thoughts were more troubled. There had been no response to the note that had been sent. He was sure it had been properly delivered.

He finally voiced his reservations to her. “Desi, the ransom has not been paid. There has been no request where to send the money.”

“Kabir will pay for my return,” she reassured him. “I am his wife and the mother of his children. He loves me.”

For the first time since he’d met her he doubted her words. “Are you certain, Desi? Vijay has been waiting by the phone. He has received no call.”

“You must be patient!” she snapped. “He will pay!”

“But it has been three days!”

“You doubt my words?” Then she eyed him coldly. “Do not lose heart, Arnav. We have planned this well. The cameras picked up my abduction in front of the cash machine. You sent the ransom note. You will get your money once he has paid.”

“And afterwards?” She did not respond, which disturbed him.

He looked at her as though trying to discern her true intent. “You have planned this well, Desi.”

“I know what I am doing, Arnav. I know my husband.”

“Does he know you are cheating on him?”

“He does not know. I have hidden my tracks well.”

“You are a devious woman, Desi.”

She eyed him with a cold hearted look that unnerved him. “I have planned this for months. It will work, Arnav.”

They paused to see Vijay on the rise near the safe house. “At last; we finally have word,” she told him. “Now we will have the money we have worked so hard to obtain. This will teach him not to cheat on me.”

“Just as you are cheating on him, Desi?”

“Just go, Arnav!” she snapped again, pointing at Vijay. “Find out where that bastard will be delivering my money!”

He nodded as he walked up the beach toward Vijay. But once more he was experiencing doubts. Things were not going well.

What happened if the ransom was not paid? What if she had misjudged her adulterous husband? Was this was his response in dealing with an adulterous wife?

She’d told him how much she wanted to pay her husband back for banging the girls at his office. But Arnav was well aware of her own infidelities. After all, hadn’t he made love to her on many occasions? What if her husband knew as well?

She promised him half of the proceeds of the ransom. But what if it was never paid? What would he do then?

Would she turn on him? Would she go to the cops? Now he was not so sure of the woman he’d been sticking his dick inside these many months.

He walked up to Vijay. “Well?”

“No response, Arnav,” his accomplice replied anxiously. “Not a single call. And there is nothing in the papers either.”

“No report? Nothing to indicate she has been kidnapped? No call from him anxious to get his wife back?”

“There is nothing, Arnav.”

The accomplice paused as he panted anxiously. Then he asked, “What will we do, Arnav? What if she turns on us?”

“I have considered that possibility,” Arnav mused thoughtfully. Then he told him, “Go and fetch it for me.” Vijay nodded as he rushed back to the safe house.

Arnav turned and waved at Desi. But she was walking along the beach with her back to him and did not see him. Was she planning her way out of this should their proposition fail? Was she planning to turn him in? Could he take the risk?

Vijay returned and handed it over to him. Arnav carefully slipped it into his trousers, careful not to cut himself. Then he nodded at Vijay, telling him, “Wait here.”

He turned and headed off down the beach toward his lover. Desi’s back was to him, appearing deep in thought. Could he trust a woman who willingly broke her vows to her husband? How easy would it be for her to turn on him and Vijay?

As he approached he carefully took the machete out of his pants. Then he hefted it as he drew closer. He called out, “Desi, there is no word!”

She stopped and stiffened, her back still to him. He hear her say, “Then we will have to make other arrangements, Arnav. Perhaps… perhaps our time together is coming to an end.”

It was the last piece of the puzzle he needed. She turned toward him as he hefted the machete. Her eyes flew open in surprise as her arms came up in a defensive posture.

The machete swung, slicing right through flesh and bone. Her head slid off her stump and fell onto the sand. Blood spurted out of her severed neck.

Her arms came up as though to investigate what had just happened. Then she collapsed backward onto the sand, her legs in the water. Her body jerked and spasmed as her heart continued to pump her life’s blood out of her severed neck. 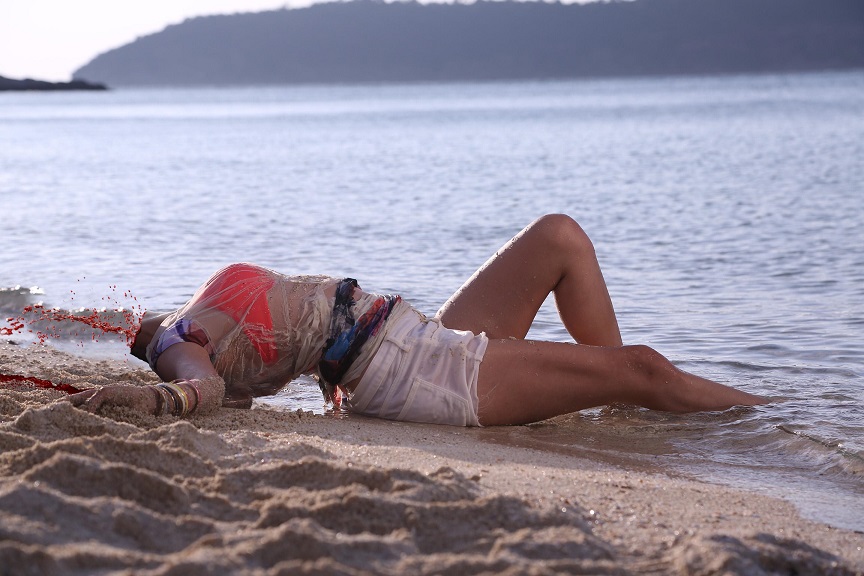 Her head landed face up as she stared up at a clear blue sky. There was a look of surprise on her face. Her lips moved as though she was attempting speech.

Her eyelids fluttered as her body continued to jerk and hitch in its death throes. Then the life flickered out of her pupils. She stared upwards with unseeing eyes as her dreams of revenge died with her. 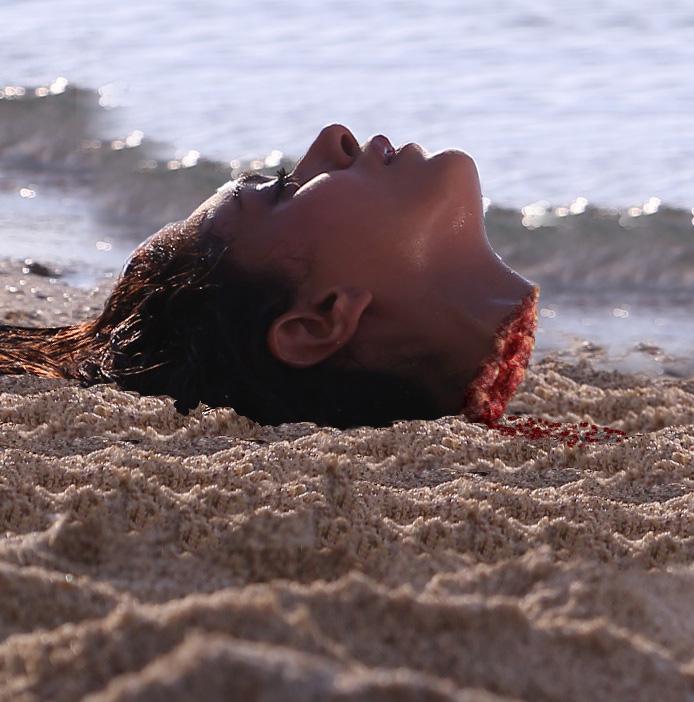